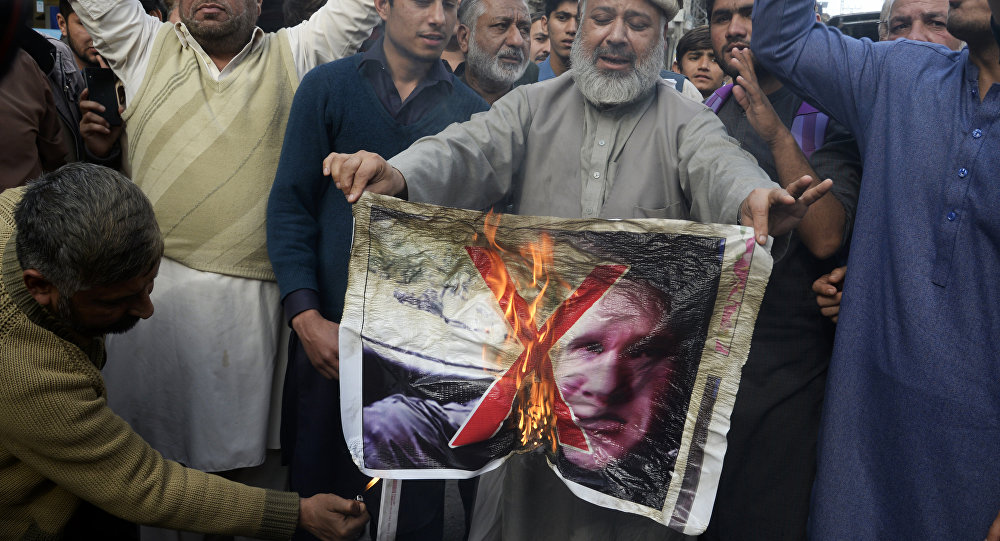 'You Won't Hear Me Speak His Name': PM Vows to Deny NZ Gunman Infamy He Craves

On 15 March, a 28-year-old Australian man, who perpetrated deadly attacks on two mosques in Christchurch, New Zealand, streamed online the mass shooting at one of the scenes, with the footage rapidly spreading on social media. Over the first 24 hours, Facebook took down some 1.5 mln versions of the original video, but it still can be viewed.

New Zealand's Prime Minister Jacinda Ardern has expressed determination to do everything in her power to deprive the Christchurch shooter of the public attention he longed for by committing the deadliest terror attack in the country's history.

"I agree that it is absolutely something that we need to acknowledge, and do what we can to prevent the notoriety that this individual seeks. He obviously had a range of reasons for committing this atrocious terrorist attack. Lifting his profile was one of them. And that's something that we can absolutely deny him. One thing I can assure you — you won't hear me speak his name".

Later, in a speech to Parliament, Ardern encouraged the public to follow in her footsteps and let the gunman's name sink into oblivion:

"I implore you: Speak the names of those who were lost, rather than the name of the man who took them. He may have sought notoriety, but we in New Zealand will give him nothing, not even his name".

The prime minister further addressed the perpetrator's livestreamed footage of the attack, saying that the authorities have been in touch with Facebook in order to have the graphic video removed. Even though the social media network managed to take down 1.5 million versions of the clip, it still can be found online.

"We have been in contact with Facebook; they have given us updates on their efforts to have it removed, but as I say, it's our view that it cannot — should not — be distributed, available, able to be viewed. It is horrendous and while they're given us those assurances, ultimately the responsibility does sit with them", she said.

Following the mass shootings, Ardern announced that gun laws in New Zealand would be reformed in order to "make our community safer". 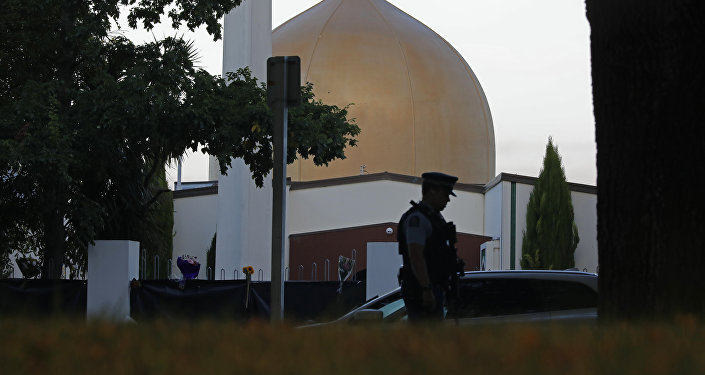 © AP Photo / Vincent Yu
NZ Mosque Attack: The More There are Manifestations of Diversity, the Deeper is Reaction Against it - Prof
The statements come four days after the suspected gunman, Brenton Harrison Tarant, a 28-year-old Australian, went on a shooting spree, targeting Muslims gathered for prayers in two Christchurch mosques, Al Noor and Linwood. The attack claimed the lives of 50 people, with Ardern branding it as a terrorist act.

Aside from livestreaming the attack, the shooter's desire for infamy was made clear by a "manifesto" he allegedly published shortly before the Friday carnage. In the 73-page text, he described himself as a "racist" and called his actions a "terrorist attack" that he committed in order to "take revenge" for those who lost their lives in attacks in Europe.

Tarant reportedly explained that his actions were inspired by a 2017 trip to France, where he saw what he described as an "invasion of France by non-whites". He then wrote that he was most outraged by the death of Ebba Akerlund, a Stockholm schoolgirl, who was one of the four victims killed by a Muslim refugee who drove a truck into a crowd in April 2017.

The shooter was charged with murder shortly after the massacre and ordered to remain in custody until 5 April.