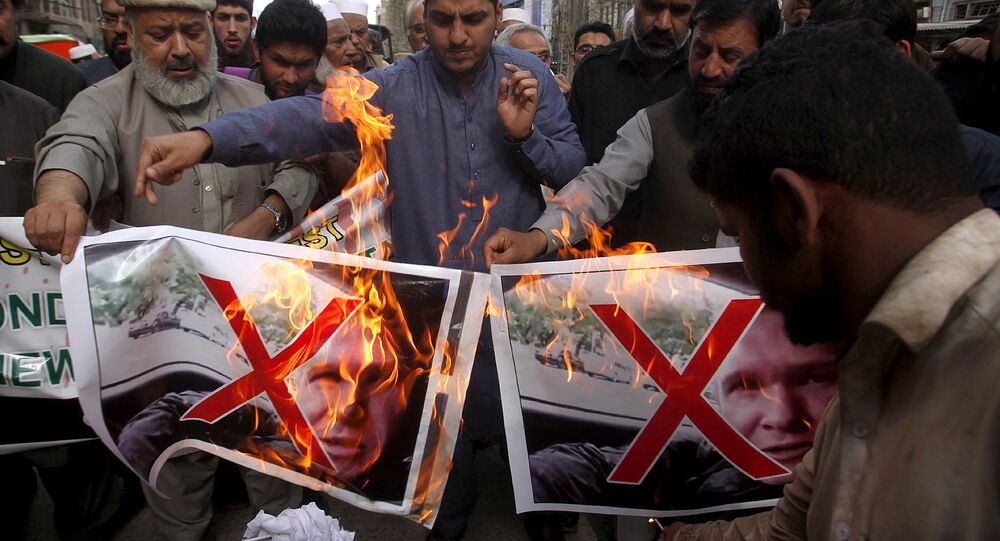 The young man, whose name was reportedly suppressed by the judge, was also charged with publishing a picture of the mosque with the message "target acquired". He faces a maximum of 14 years in prison for each charge, according to AFP.

A shooter — who was involved in Friday's attack on two Christchurch mosques — streamed online the massacre at one of the terror scenes, with the video quickly going viral on social media. New Zealand police have urged people to avoid sharing links to the video. Facebook, for its part, said that the network had been notified by the police about the footage soon after the start of the livestream and promptly removed the clip along with the attacker's Instagram and Facebook accounts.

© REUTERS / Martin Hunter
Four Palestinians Killed, 6 Injured in New Zealand Mosque Shootings - Foreign Ministry
The shootings, which have been described as a terrorist attack by the country's prime minister, Jacinda Ardern, have claimed the lives of 50 people, while dozens of others have been wounded, according to the latest data. A 28-year-old Australian national Brenton Harrison Tarrant was charged with murder soon after the attack. On Saturday, a New Zealand court ordered that he should remain in custody until 5 April.

Police consider that three out of the four detained after the mass shootings at two mosques in Christchurch have no links to the attack, New Zealand police commissioner Mike Bush said at a press conference on Sunday.