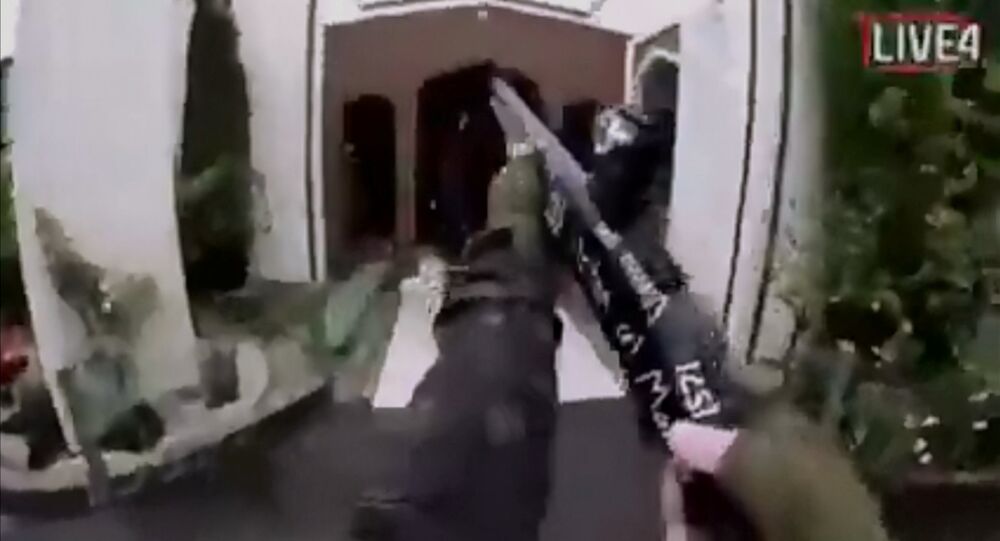 The owner of a New Zealand gun shop said Monday that the man charged with murder in Friday's massacre in the city of Christchurch purchased rifles and ammunition from the shop online, Reuters reported.

"I've informed the police that Gun City sold the alleged gunman four A Category firearms and ammunition […] All Gun City sales to this individual followed a police- verified online mail-order process", David Tipple from Gun City Limited was quoted as saying by Reuters at a media conference on Monday.

The terror massacre in two mosques rocked New Zealand's eastern city of Christchurch and the world on Friday, leaving 50 killed — including children as young as 2 years old — and at least 50 injured. New Zealand's Prime Minister Jacinda Ardern named the shooting a terrorist act, saying it was the country's "darkest day". A total of four people were detained in the wake of the attack, including the 28-year-old shooter, Australian national Brenton Harrison Tarrant. On Saturday, a court in New Zealand ruled to remand the shooter in custody pending a April 5 hearing.

© REUTERS / Handout
Facebook Says Removed 1.5 Million Videos of NZ Mosque Shooting in First 24 Hours
Police consider that three out of the four detained after the mass shootings at two mosques in Christchurch have no links to the attack, New Zealand police commissioner Mike Bush said at a press conference on Sunday.

"At this stage, there is no indication that they are connected to the attacks", Bush said.

Local media have noted that the shooter's ammunition and, in particular, his rifle attracted the attention of authorities as his all gear was painted with nationalistic and racist quotes and statements referring to a notorious his supremacist manifesto.