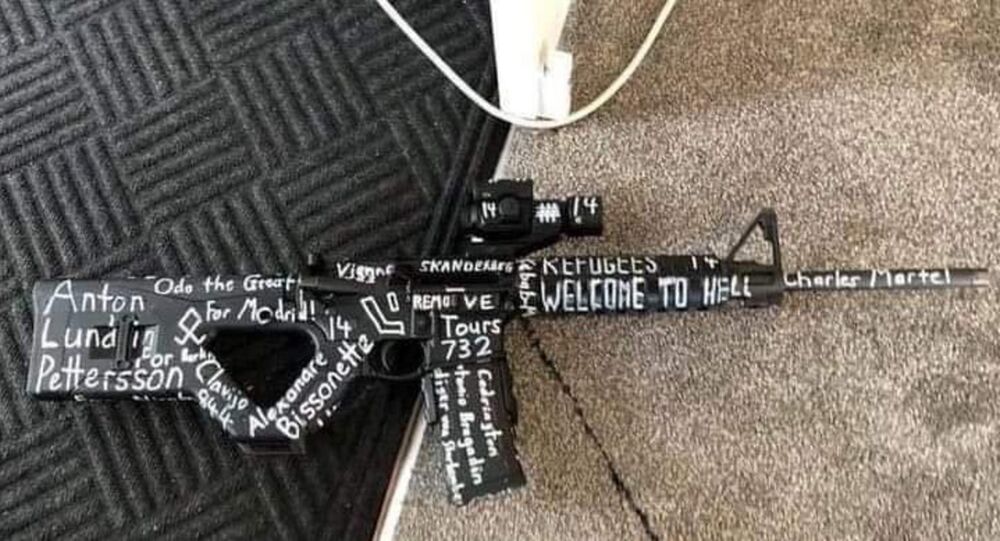 The names of bygone noblemen and battles are written in different languages and indicate that the Christchurch gunman had an admiration for historic figures - in particular, Balkan military leaders - who fought against Muslim invaders in the past.

The gunman who killed 49 worshippers at two mosques in New Zealand's Christchurch posted images of his weapons before the shooting, which provides some insight into his ideology and beliefs.

He shared the photos of his automatic rifle, magazines and petrol containers on his Twitter account, which has already been taken down along with other traces of his social media presence. The images have still made their way into public.

Here is a gun of one of the men behind the Christchurch mosque shootings in New Zealand. He wrote the names of rulers and military leaders who fought against Muslim countries

Scrawled on the Rifle

Scrawled on the Gear

The gunman, who identified himself as an Australian called Brenton Tarrant, published a lengthy manifesto prior to the shooting, in which he laid out his views. He described himself as a fascist and claimed that mass immigration results in "non-Europeans" with higher fertility rates "replacing" white people with lower birth rates.

He called this situation an "invasion" and accused European politicians, singling out Angela Merkel, of "racially cleansing" Europe. His attacks on the mosques drew condemnation from New Zealand officials, with the prime minister describing them as "an extraordinary and unprecedented act of violence."