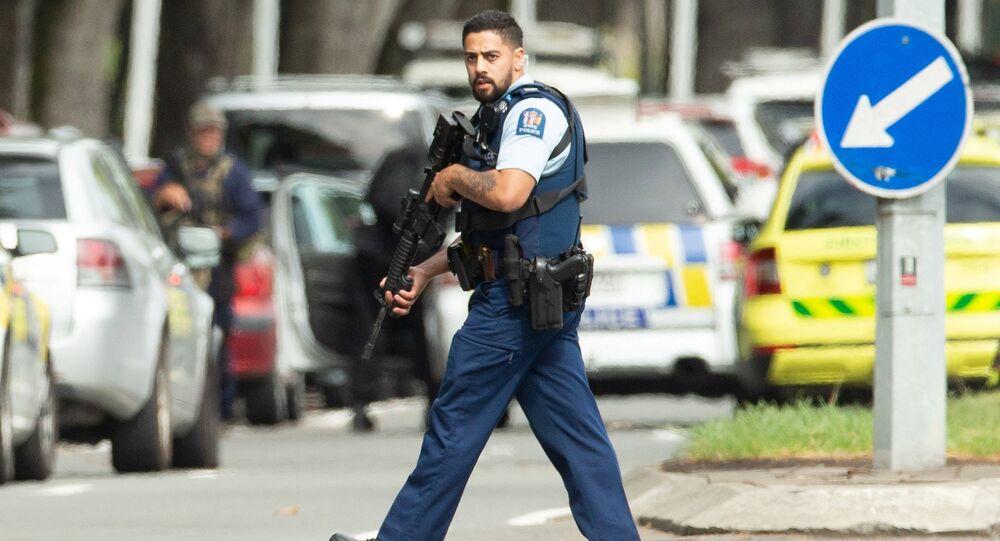 The death toll has risen to 49 in Christchurch, after a man armed with an automatic weapon targeted two mosques in the city on Friday. The police reportedly have one murder suspect in custody; three other people have been detained but their involvement in the attack remains unclear.

A man in his late twenties has been charged with murder in connection with the Christchurch mosque attacks and will appear in court on Saturday, New Zealand Police Commissioner Mike Bush told reporters on Friday.

The country's police chief described these acts of violence as a "very well-planned event".

Earlier in the day, officials arrested four people — three men and one woman — in connection with mass shootings in two mosques in Christchurch, which claimed the lives of at least 49 people. Bush added that one of them had nothing to do with the incident but two others are still under investigation.

The police, he said, are not looking for other suspects.

One of those arrested live-streamed the shooting at one of the mosques on Facebook with a GoPro camera attached to him. He described himself as a 28-year-old Australian Brenton Tarrant. Prior to the shooting, he reportedly published an online "manifesto," which detailed his fascist ideology.

According to the "manifesto" published online and spread on social media before being deleted hours later, he said he was disappointed with the plunging fertility rates of people of European descent and the higher fertility rates among immigrants, explaining that the goal of his brutal attack was to incite fear and divide society.

New Zealand Prime Minister Jacinda Ardern condemned the shooting, calling it an "extraordinary and unprecedented act of violence", and adding "this is one of New Zealand's darkest days."