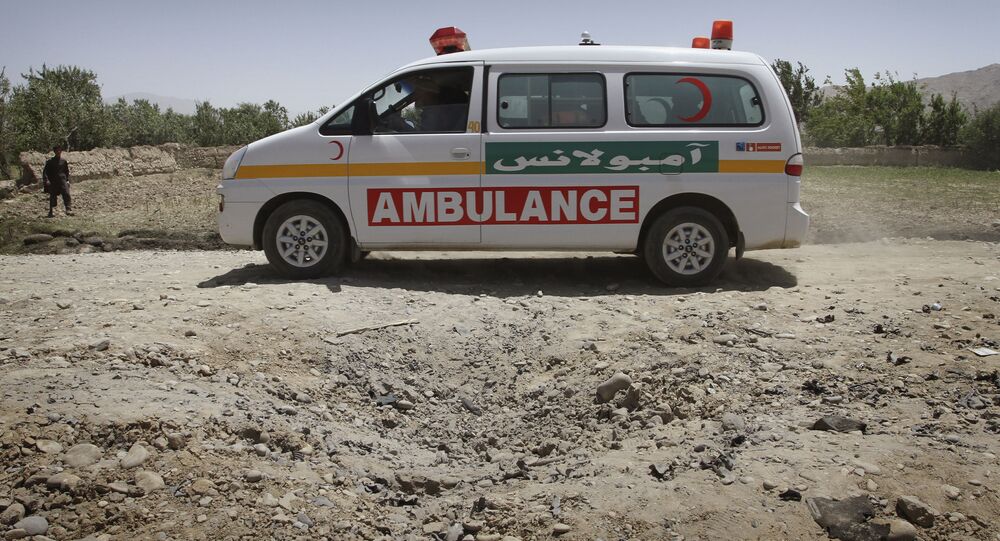 MOSCOW (Sputnik) - As many as 20 people were killed and at least 10 are missing as a result of flash floods that hit southern Afghanistan earlier in the week, the UN Office for the Coordination of Humanitarian Affairs (OCHA) said, adding that the residents of some areas are still in urgent need of rescue help.

According to OCHA, heavy rains rocked the southern province of Kandahar on Friday, and a total of 97 millimeters of rain fell in the region in the last 30 hours.

People are in danger because of heavy snowfall and rains, floods caused of collapsing many homes in Kandahar and Helmand provinces.

“Flash floods triggered by the heavy rain have reportedly killed 20 people, including a number of children, when their homes collapsed or the vehicles they were traveling in were swept away. At least 10 people, including children, are still missing in Arghandab, Daman, Spin Boldak and Dand Districts”, OCHA said in a Saturday statement.

Farah Police Chief along with his team helping people stuck in floods. Zabul, Kandahar, Farah & surrounding provincial headquarters are advised to be alert. Police are the frontline soldiers in all kind of situation. pic.twitter.com/g2ZRUj4DPs

The UN office also reported “severe damage to infrastructure”, estimating that 2,000 houses had been damaged across the region, with 600 of them in the city of Kandahar alone.

Flood-affected families, meanwhile, were evacuated to safe areas, the statement said, adding that water levels continued to rise in some regions.

OCHA stressed that some 500 nomadic people in Arghandab district were trapped on the river bank, being in urgent need of air support.