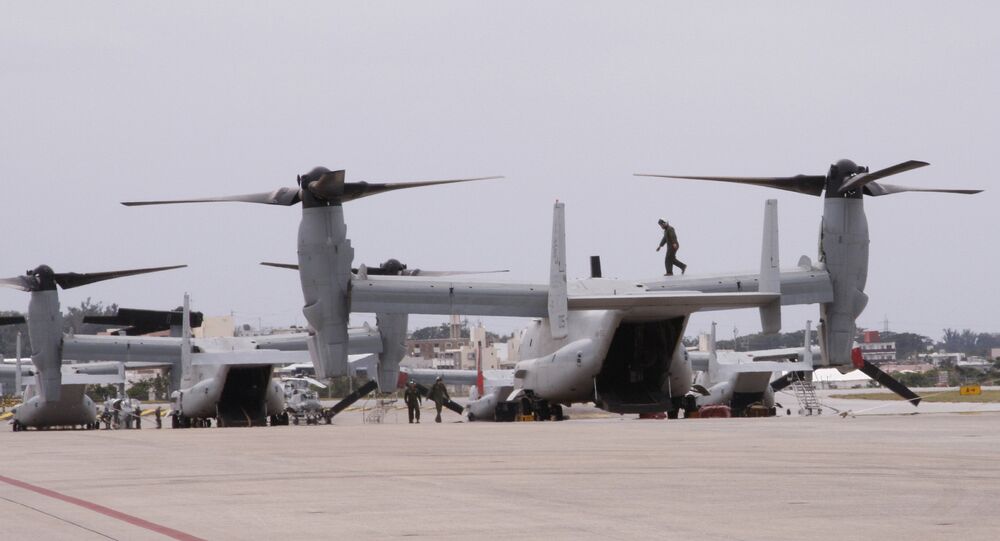 NAHA, Japan (Sputnik) – About 70 percent of Okinawans oppose the new US base in the prefecture, interim results of the referendum vote count revealed on Sunday.

According to the exit poll, over one-quarter of the referendum's participants voted against the new US base, which gives grounds for Okinawa governor Denny Tamaki to convey the will of local residents to the governments of the United States and Japan.

The ballot reportedly asked citizens whether they backed a plan to reclaim land at a secluded coastal site for the relocation of the Futenma base from its current place in a heavily populated part of Okinawa.

© AFP 2021 / TOSHIFUMI KITAMURA
New US Base in Okinawa Will Ruin Trump's China, N Korea Diplomacy – Activist
While Ginowan residents have been calling on the government to close the Futenma base due to their environmental concerns, aircraft incidents and accidents related to the US troops behaviour, residents of the Henoko district are also unwilling to see the base relocated to their region.

READ MORE: Japan to Promote Relocation of US Base in Okinawa Regardless of Referendum

© AFP 2021 / TORU YAMANAKA
Japanese Gov't Starts Reclamation Work for US Futenma Base Sparking Protests in Okinawa
The administration of Okinawa would like to see the base relocated outside the prefecture instead of its relocation to another site within its administrative borders.

The US Marine Corps base Futenma was constructed in 1945. Talks on its relocation to a less populated area within the Okinawa prefecture started over two decades ago, but the government's plans have been hampered by local residents' protests.