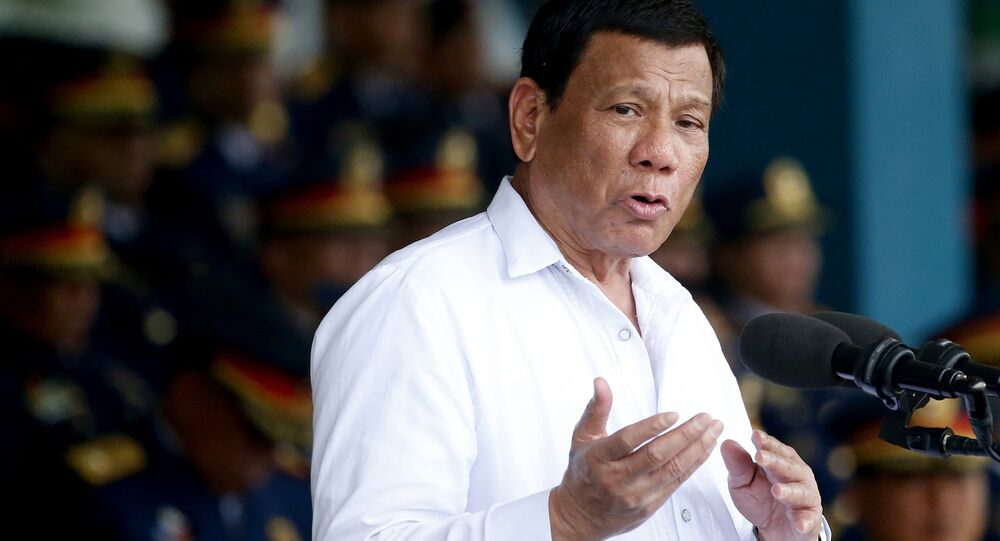 Philippine President Rodrigo Duterte has called for changing the country's name in an apparent effort to move the Philippines away from its colonial links.

"Someday, let's change it. Marcos was right. He wanted to change it to Maharlika because that’s a Malay word," Duterte said, referring to late Philippine President Ferdinand Marcos' proposal.

READ MORE: Duterte Slammed as 'Dictator' for Saying Auditors Should Be Kidnapped, Tortured

Presidential spokesman Salvador Panelo, in turn, said that the president is "expressing an idea again as usual" and he liked the liked the sound of the name Maharlika.

According to Panelo, Duterte's idea would mean rewriting the constitution and would require public approval via a referendum.

Marcos was the first to float the idea of changing the country's name to promote nationalism after he placed the Philippines under military rule in the 1965. He ruled the country until 1986, when he was toppled by a peaceful uprising.

© AP Photo / Gemunu Amarasinghe
Duterte Meets Miss Universe, Compares Her to Legendary Philippine Boxer
In 1978, a parliamentary bill proposed the Philippines change its name to Maharlika, but it was never enacted as it subsequently lost popularity owing to its association with Marcos' corrupt and dictatorial rule.

The Philippines, named after King Philip II, was a Spanish colony for 350 years.

After Spain’s defeat in the Spanish-American war in 1898, the Philippines became part of US territory until its independence in 1946.