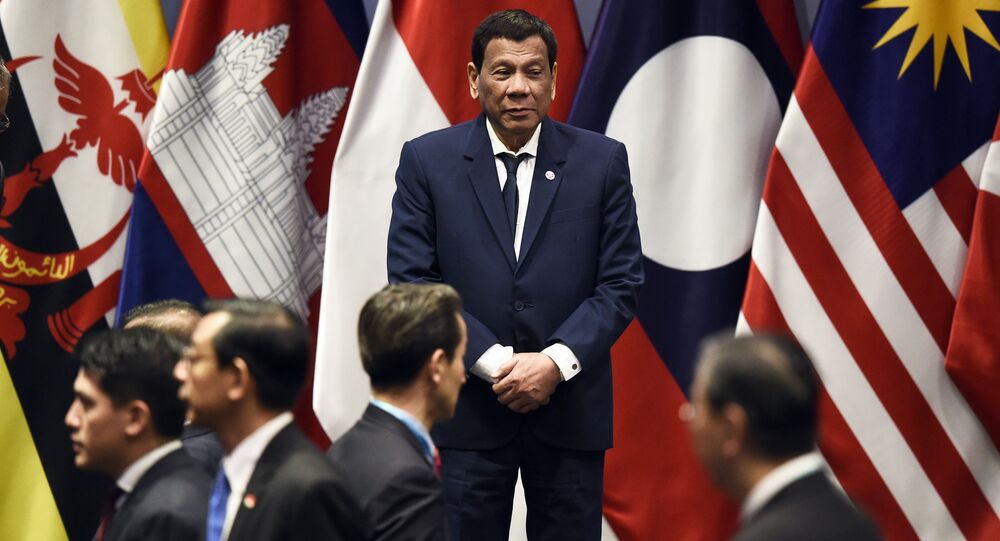 The Philippine president is widely-known for his harshly negative attitude towards drugs and the controversial "war on drugs" that he is waging in the country. At one point, however, he championed the legalization of recreational marijuana.

Philippine President Rodrigo Duterte has surprised people with yet another shocking statement — he claimed to have smoked marijuana during the Association of Southeast Asian Nations (ASEAN) meeting in Singapore in November. Duterte said that he did so in order to stay awake during the daylong political event.

The Philippine president later backtracked on his statement, claiming that he joked about the whole ordeal, noting that people should have understood as much.

"It was a joke, of course it was a joke, but nobody can stop me from just doing my style. If I want to joke, I will joke. Now, if you believe it, then you're stupid", Duterte said.

Many netizens were infuriated by Duterte's joke, accusing him of hypocrisy, as he has repeatedly denounced drug use and launched a "war on drugs" in the country, which has claimed lives of thousands of people involved in drug production and distribution.

Duterte: My God, I hate drags!

Duterte is a bad joke!

Still, many more defended Duterte, noting that he has never opposed marijuana and even suggested legalizing it at one point.

To begin with he didn’t target weed users, rather meth (shabu). And the US is last country that should throw stones at his methods. We arrest dealers & suppliers by the truckloads who are replaced within hours.

Who is to say cutting off the demand isn’t that way to go?

Some twitterians noted that the Philippine president should be more careful with his words.

I support Duterte and I will vote for him but as a Leader he has to be more responsible with his words.

READ MORE: 'You Can Shoot Each Other': Duterte Offers Duel Between His Son and Opp Senator

Duterte: I use marijuana so that I can work with my crazy schedules

Others found the whole "Duterte smoking pot" scandal amusing and developed the topic even further by extending it to other spheres of Philippine politics.