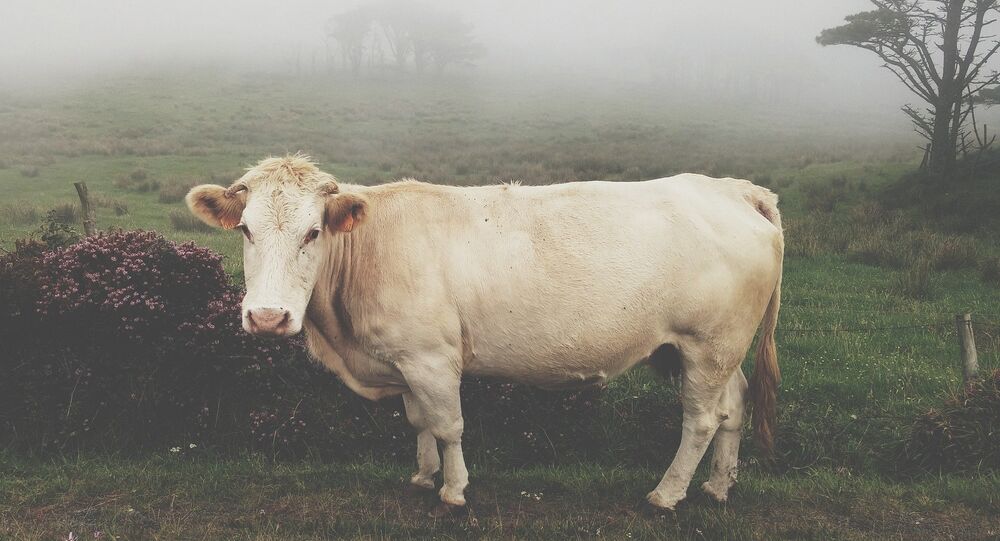 Aiming to bring a balance between prevention of cow slaughter owing to religious beliefs and doing away with the nuisance of stray cattle, the government in the Indian state of Uttar Pradesh has issued multi-pronged directives to its officials handle the problem including a provision of legal action against people abandoning their cows.

New Delhi (Sputnik): The state government of Uttar Pradesh, which had earlier closed down illegal slaughterhouses, and also decided to levy cow welfare cess on some public sector companies, plans to set up animal shelters for cows at government buildings, not in use. It issued a 23-page order addressed to senior government functionaries, district magistrates and police officers and is geared towards cow protection and rehabilitation.

The directives come at the back of instructions issued some three weeks ago by the state chief minister Yogi Adityanath asking district magistrates to put all stray cattle in fenced shelters within a week.

Earlier farmers not happy with the government's policy on cow protection had herded cattle into public schools as a mark of protest.

150 tractor trolleys, 500 jeeps and bikes covered a 5 km distance to protest the lack of action that is causing problems for both farmers and stray cows and bulls #BrajGoshalas #BrajFarmers #VrindavanToday https://t.co/MhkoW1qPco

© AP Photo / Rajesh Kumar Singh
Indian State Plans to Tax Citizens to Protect Stray Cows - Reports
The order issued on Monday requires that all abandoned cattle be barcoded and put into temporary shelters. It asked for using government buildings and other cooperative institutions which have been lying vacant in a state of disuse for housing the cows. Basic veterinary facilities are to be made available at these shelters.

The directives spoke on arrangements for tranquilliser guns for the safety of people and disposal of dead cattle in accordance with local laws. It ordered conducting of post-mortem on carcasses in cases of suspicious deaths.

The current state government has made prevention of cow slaughter and cow smuggling one among its key policies keeping in view religious Hindu sentiments.