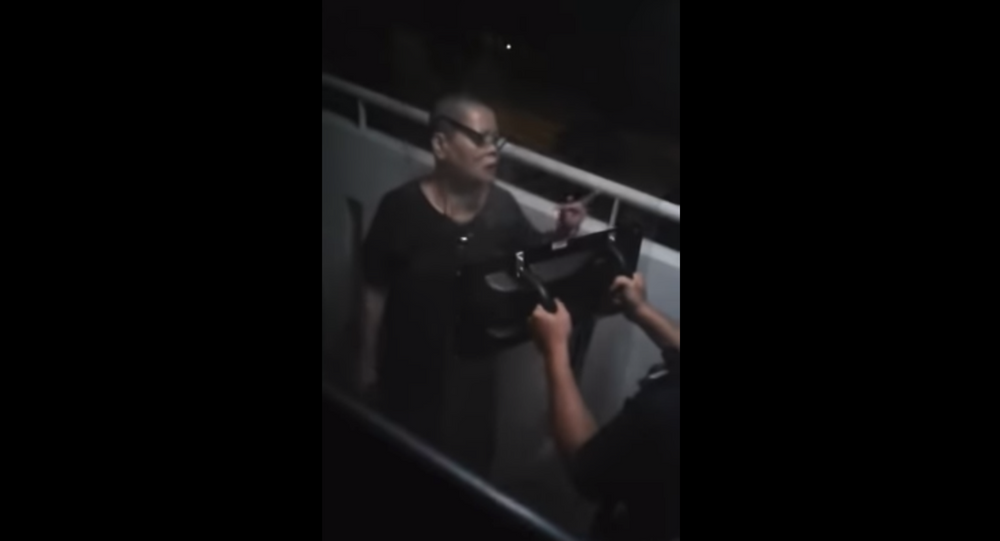 An upset tenant took things to the next level on Tuesday, growing so upset about the noise coming from her neighbor's apartment that she felt as though she had no other choice than to smash away at the noisy home with a meat cleaver.

© Fotolia / mario beauregard
WATCH: US Cops Pile on Unarmed Man, Hit Him With Stun Gun
The cleaver attack unfolded at roughly 4 a.m. Tuesday in Singapore, with the 61-year-old tenant first confronting her neighbor verbally about the noise, a move which quickly prompted the reportedly noisy neighbor to phone the local authorities.

Footage recorded from inside the offending apartment shows the upset neighbor solely exchanging heated words with police officers before suddenly unleashing all hell on the apartment's exterior.

Although the video fails to show the exact moment when one of the responding officers deploys their stun gun, the sounds of the electric shock being administered can nonetheless be heard as the woman screams out in pain.

​The remainder of the video shows the six responding officers attempting to deescalate the situation as the woman, despite being stunned, continues to ignore their commands. However, after being disarmed of her cleaver from being tased, officers were eventually able to take her into custody.

After being taken to the Sengkang General Hospital, where medical examiners determined she did not sustain any injuries, officers charged the woman with criminal intimidation, according to the Straits-Times. She was ultimately released on bail later that day.

Screenshot/Ahmaadnyc
‘I Don't Want to Hurt You': NY Cop Attacked in Subway Brawl Praised For His ‘Bravery' (VIDEO)

In a statement to Channel News Asia, police explained that officers only opted to deploy their stun gun after the bothered neighbor repeatedly refused to put away her weapon, adding that once it fell away from the woman when she was stunned, they used other manners to restrain her.

"A police officer eventually deployed one cycle of taser on the woman as she continued to act violently and refused to cooperate, endangering her personal safety and that of others," the statement reads.

"Given that the woman was no longer armed [after being stunned] and due to her age, the officers did not administer a second cycle of the taser on her or arrest her forcibly, but advised her to cooperate with the police."

An investigation is still ongoing, according to local media reports.