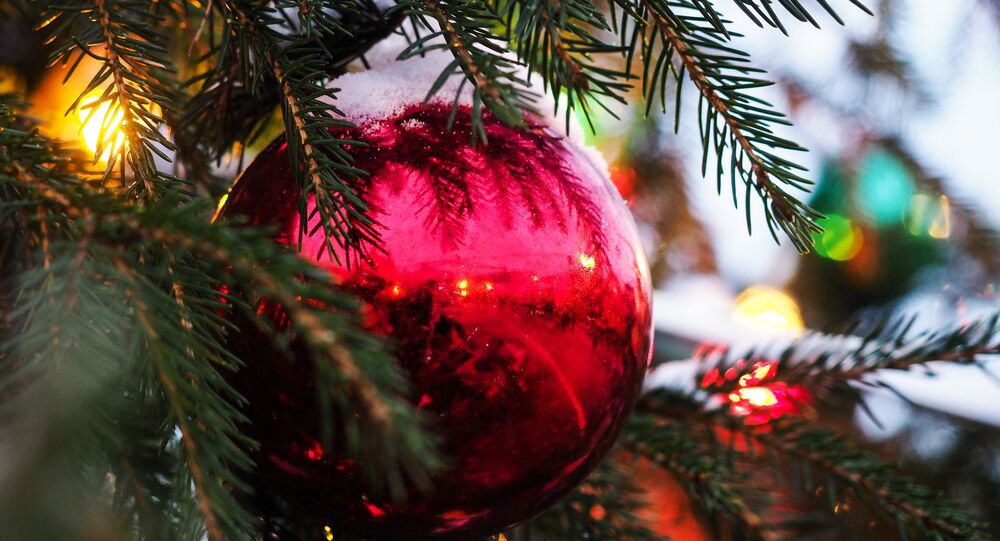 Merry Nothing? China Targets Christmas in Name of 'Tradition' - Reports

While much of the world gets in the festive spirit, authorities in China aren’t feeling the Christmas vibes this year as they reportedly launch a nationwide bid to expel traces of the holiday from public life.

The Chinese government has launched an initiative to curtail Christmas celebrations across the country in an effort to promote ‘tradition,' according to the Associated Press.

Reportedly, at least four cities across the country have banned Christmas decorations, such as Christmas trees and depictions of Santa Clause. In one instance at a 27-story shopping complex in Nanyang province of eastern China, decorations — including a giant Christmas tree — were removed after government officials had paid a visit and made complaints to the facility's owner. AP quotes a local man, Ma Jun, as saying that "everything is gone and cleaned."

so ready for christmas to be over😑

While it's the case that Christmas is celebrated across China, reports suggest over the years, anti-Christmas sentiment has indeed spiked. Such trends, experts argue, should be viewed as part of an increasing tendency by Xi Jinping's government to emphasise a brand of cultural nationalism that places Chinese traditions, such as Confucianism, at the heart of society, rather than those imported from overseas.

Zi Yang, a scholar of contemporary China, has been quoted by AP as saying that as Xi Jinping continues to cast the ruling communist party as a bastion of Chinese tradition, Christmas and other such ‘foreign' ideas, are likely to be increasingly curtailed. "The ongoing local reaction against Christmas is part of a wider sentiment since Xi took power. Foreign cultural elements such as Christmas are placed on the chopping block," Yang is quoted by AP saying.

Somewhere in China: seizing Christmas tree this season, there is no Jesus, just party pic.twitter.com/JWwsCQjHct

In another city, Langfang, which is just south of Beijing, shop windows were allegedly stripped of Christmas decorations and a ban on street lights and banners was enforced by local police. In another instance in Panlong in southwest China, reports say that the authorities circulated a memo to local businesses reading, "It is forbidden to hang Christmas stockings, wear Christmas hats, place Christmas trees, and so on!"

Yet, a column in the Chinese Global Times argues that the Chinese government's reaction toward Christmas should not be "exaggerated," and that it is specifically the "commercialization" of Christmas — i.e. the excessive consumption of unnecessary goods — rather than the Christmas holiday itself, that authorities are reluctant to condone.