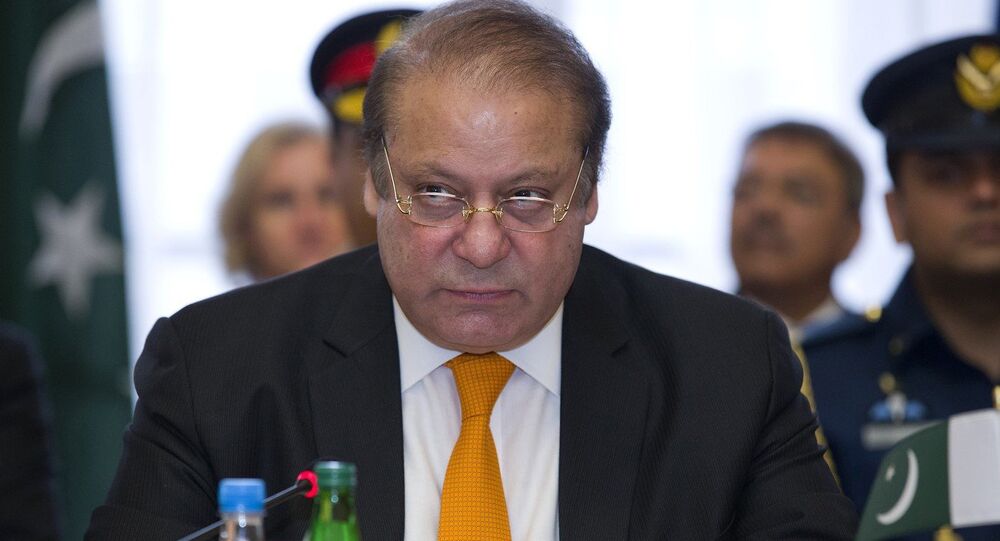 Last year, Nawaz Sharif had to resign as prime minister after the Supreme Court disqualified him from holding public office amidst a corruption case against him.

Former Pakistani Prime Minister Nawaz Sharif was sentenced to seven years in jail after he was found guilty of corruption in the Al-Azizia Steel Mills case, local media reported Monday.

According to Geo News reports, the former top official who served as a prime minister for three terms failed to prove the source of his income that would have allowed him to own a steel mill in Saudi Arabia.

© REUTERS / Faisal Mahmood/File Photo
Pakistani Court Orders Release of Jailed Ex-PM Nawaz Sharif, His Daughter
The verdict comes after Nawaz Sharif and his daughter Maryam Nawaz were convicted by the apex court after his family was found to be linked to offshore companies named in the Panama Papers. The two were convicted in July this year, shortly before the general elections in Pakistan.

In July 2017, the Pakistani Supreme Court removed Sharif from office after the so-called Panama Papers were released in April 2016, revealing that Sharif's children owned offshore companies in the British Virgin Islands and expensive property in the UK capital of London, which prompted a corruption investigation.