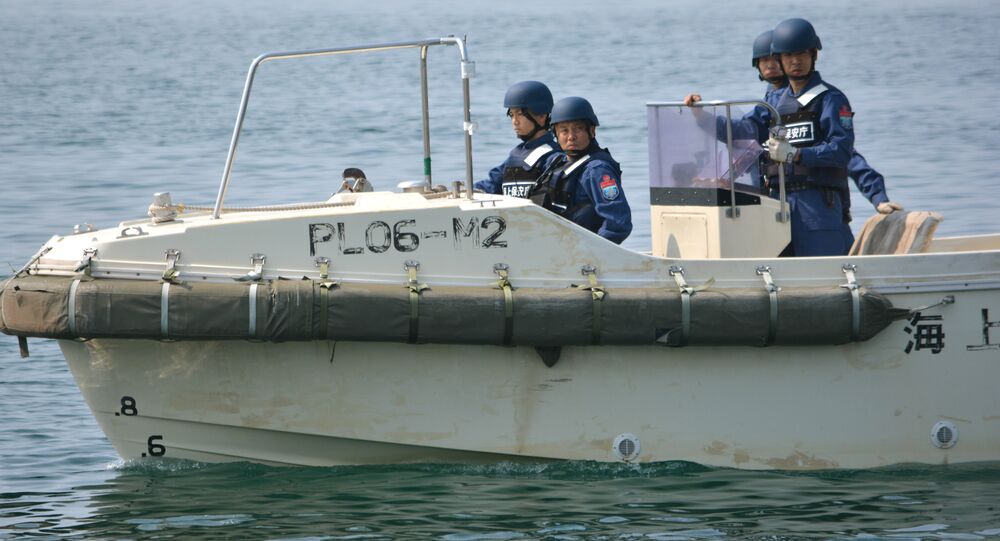 TOKYO (Sputnik) - Six ships of the Japan Coast Guard and a patrol plane have been dispatched to the site of the crash of the US McDonnell Douglas F/A-18 Hornet fighter jet and Lockheed Martin KC-130 aerial refuel tanker off the coast of the Japanese Kochi prefecture, the Kyodo news agency reported.

The US Marine Corps said Wednesday that the US McDonnell Douglas F/A-18 Hornet fighter jet and Lockheed Martin KC-130 aerial refuel tanker had departed Marine Corps Air Station Iwakuni and had been operating according to the regularly scheduled refueling training when they had collided.

US Air Force photo by Senior Airman Luke Milano
US Marines Launch Search and Rescue Effort After Two Planes Crash Near Japan
Meanwhile, the Japanese Foreign Ministry has expressed its regret over the crash of two US military aircraft off the coast of the Japanese Kochi prefecture and asked the US authorities to provide Tokyo with details on the mishap, local media reported on Thursday.

The Kyodo news agency reported that Kazuhiro Suzuki, the director general of the Japanese Foreign Ministry’s North American Affairs Bureau, had asked Lt. Gen. Jerry Martinez, the commander of the US Forces Japan, to find out the reasons behind the crash and share the information on the accident with the Japanese authorities as soon as possible.

According to the ABC News broadcaster, citing military officials, one of the seven crew members has been rescued by the Japanese authorities, while six others remain missing as the search-and-rescue operation is underway.

Relocation of US Okinawa Base Suspended at Local Authorities' Request - Reports

Tokyo, Okinawa Gov'ts Agree to Start Talks on US Base Relocation – Reports