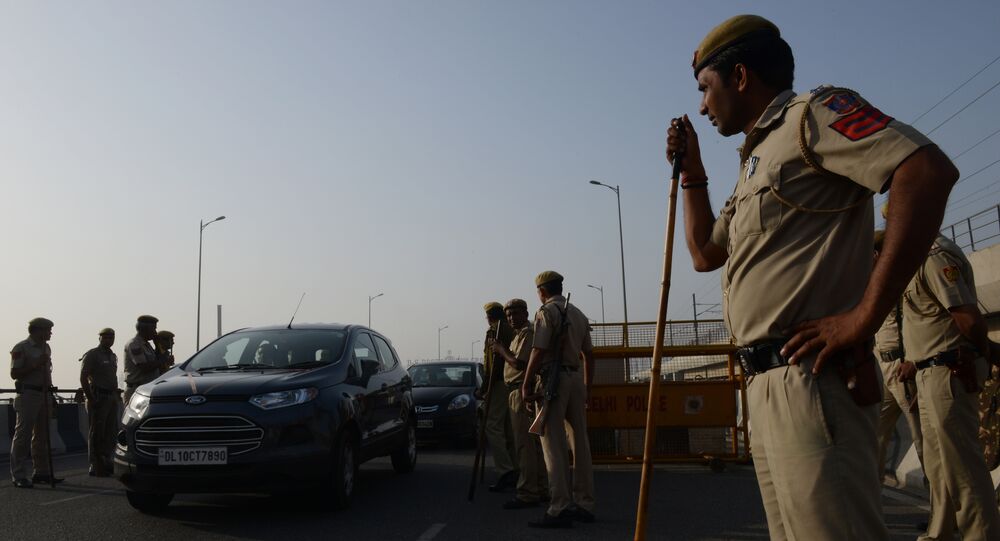 Initial information revealed by the seven arrested fishermen who helped American national Allen Chau sneak inside India’s Restricted North Sentinel Island suggests that he was associated with a missionary organisation and wanted to convert the Sentinelese tribe to Christianity.

New Delhi (Sputnik): Twenty-seven-year-old American national Allen Chau has been killed by the rare Sentinelese tribe who live isolated from the outside world in India's remote cluster of Andaman and Nicobar Islands.

The Sentinelese tribe who killed the American are still in the primordial stage of development, hunting and gathering. The land and sea-based resources are adequate to sustain the small population inhabiting the island.

Christian missionary activist John Allen Chau of Alabama was allegedly killed by Sentinelese tribals on Andaman Islands, India. The Sentinelese tribe are known to be the world’s last ‘uncontacted’ people which has a history of resisting contact with the outside world, police say. pic.twitter.com/X3ZuInqNUU

"Chau reached Andaman and Nicobar Islands on 16 October. When he expressed interest to visit the island, seven fishermen got together to take him to the island. There are restrictions on the island. We are trying to recover the body. Chau was killed with an arrow and one of the fishermen saw his body being buried on the island," Deepak Yadav, a senior police official of the Nicobar district was quoted by India Today.

#UPDATE Seven people have been arrested in connection with the murder of American tourist John Allen Chau in North Sentinel Island,Andaman https://t.co/nJuJpGHYhD

"The Sentinelese enjoy unfettered rights over the resources available in their reserve area for their sustenance and entry into Sentinelese Tribal Reserve by non-tribals and others are strictly prohibited," a senior official from the Ministry of Home Affairs, who did not wish to be named, told Sputnik.

Meanwhile, the island police have registered a case against seven fishermen for helping Chau in entering the restricted area under the Andaman and Nicobar Islands (Protection of Aboriginal Tribes) Regulation, 1956. It is considered that the tribe has been living there for 60,000 years and used to become violent if any outsider tried to reach them. In 2006, two fishermen were killed by them.

Another official from the island told Sputnik that an inquiry has been initiated on how the American national could have breached the security as the Indian government has put in place an institutional mechanism to keep a close watch over the territory through air/sea surveillance with the help of the Indian Coast Guard, Indian Navy, and Police Marine Force of Andaman and Nicobar Police.