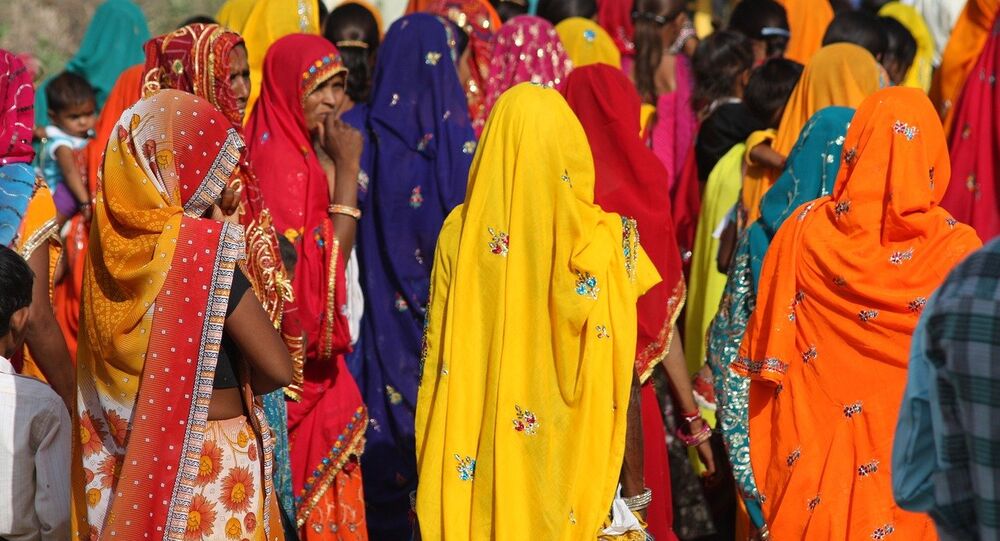 The women in a village in southern India have been banned from venturing out at day wearing clothes that are meant for sleeping in. The strict order carries with it a $30 dollar fine for defiance.

New Delhi (Sputnik):  A group of leaders in a small village in southern India has imposed a bizarre diktat on women, asking them not to wear nightgowns at any time except at night. Ironically, the village committee or the ‘Panchayat', as it is locally called, is headed by an elderly woman. Takalapalli village Panchayat head is Fantasia Mahalakshmi who initiated the ban debate by claiming that washing clothes in the open, going to grocery stores and attending meetings in a nightie "is not good."

Furthermore, a fine of INR 2000 (approximately US $30) has been fixed for those found disobeying the order. Any person who reports the violation will also be rewarded with a cash prize, the village leaders have announced, according to the local daily News Minute.

For the past nine months, women in a village in AP’s West Godavari district have stopped wearing the flowing ‘nightie’ during the day.
Any woman found wearing a nightie between 7am and 7pm is fined Rs.2000 pic.twitter.com/MZHMScihku

"It is being said that the money which will be collected through fines will be used for the development of the village, which comprises of 11,000 families and has a population of 36,000 people," The News Minute reports.

© CC BY-SA 4.0 / Wolfmann / #metoo
Indians Garner 'Most Vocal' Tag in #MeToo Campaign
As the news about the bizarre order started being discussed on various platforms including social media, the local administration visited the village to inquire about the developments. The police failed to find any complainant against the move but the local administration is planning a suitable campaign to deter local bodies from dishing out such outrageous diktats, which it claims infringe upon a person's personal freedom, the PTI reported.

The reactions on social media ranged from hilarity to serious criticisms worth pondering.

Right..had Andhra women called them kaftans or maxis instead of nighties wudnt hv faced the ban..hope Gujarat women take the cue..if u want to wear a long dress the whole day why call it nighty?😜

They are technically right. Night-ies should be worn in the night. 😂

The way around the ban is to start calling it day-sies.

Some village in Andhra wants to ban the nightie in the day time, I hear? What do they think? Nighties are for the night?

It is our NATIONAL DRESS!
DON'T TOUCH IT!

What do elders say about bare-chested men in lungis during daytime?

ppl really do love policing what women wear, dont they! nighties are damn comfortable and we can wear them as we please. these elders can go to hell.

Don't ridicule them…
They are saving the world from wardrobe malfunction…😂

Still the dress worries the people, not the attitude of society.Surprised to see the village counsels are still controlling the Indian village even after this much years of independence.