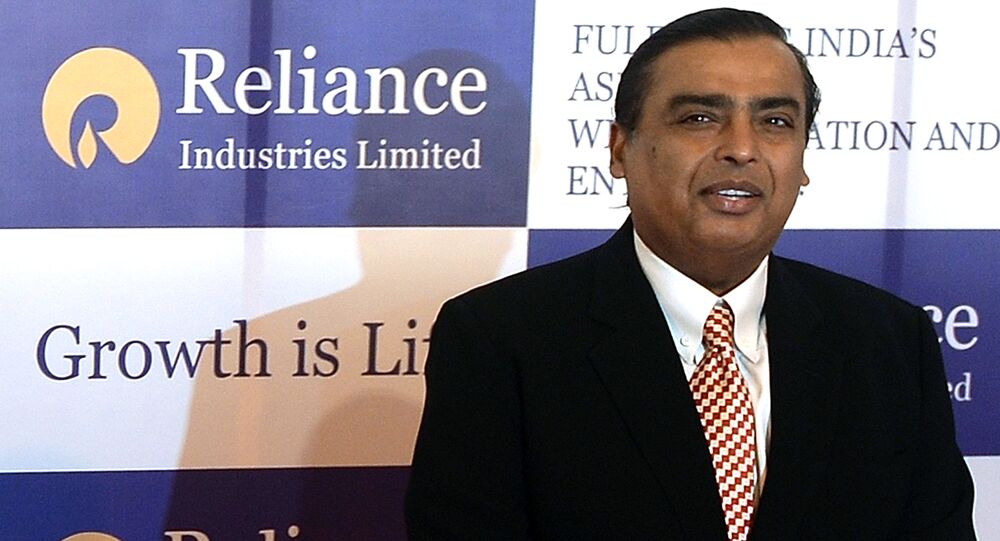 Indian industrialist Mukesh Ambani’s daughter is getting married this December, and the invites the family has been sending out have left many awestruck because of their extravagance. The wedding invites, which include four small exquisitely crafted pink and golden boxes, have precious gifts inside for the invitees.

New Delhi (Sputnik): Asia's richest man, Indian industrialist Mukesh Ambani is all set to marry off his daughter Isha Ambani to Anand Piramal, scion of the Piramal Group of Industries. The most-awaited wedding of the season is scheduled for 12 December, but is already hogging the limelight not only because it marks the union of two of India's biggest business conglomerates, but also because of the extravagant wedding invitation, which has gone viral on social media.  Some estimates peg the cost of each card at US $4,000.

A video of the invitation shows an exquisitely-crafted little box with Isha and Anand's initials, IA, inscribed on it. The main box opens to reveal a diary containing the wedding invite and itinerary.

It also has a letter written by Isha and Anand. But the most astounding part of the invite is the little pink box with golden embroidery, which carries four mini jewellery boxes containing precious jewellery.

The Ambani and Piramal families will host several events in Udaipur in the state of Rajasthan. Some of the events will witness performances by renowned artists including international pop icon Beyonce Knowles.