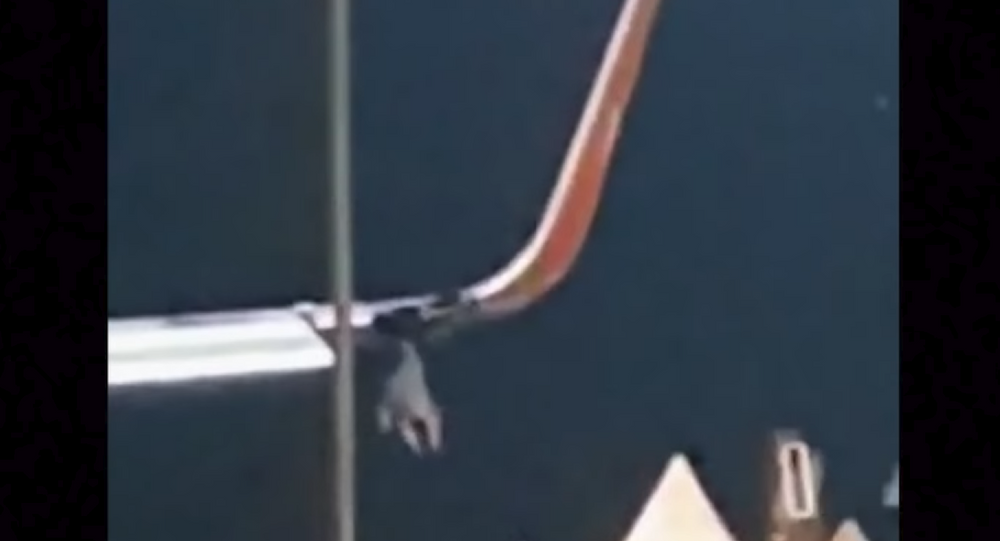 A week after a Lion Air airliner plunged into the sea, killing 189 people, another of the carrier’s jets smashed into a pole during takeoff Thursday, putting a hefty hole in the wing and causing massive delays.

Lion Air said that fault for the crash lay with airport staff, but did not further explain, Efe News reported. The plane, a Boeing 737-900, was due to take off from Fatmawati airport in Benkulu, Indonesia, at 6:20 p.m. local time, before its left wing hit a light pole on the taxiway in front of the airport's VIP lounge, according to the Straits-Times.

Flight JT633 was carrying 145 passengers at the time. No injuries were reported, but the plane was unable to fly, and passengers were returned to the departure terminal. The Straits-Times noted that a later flight, at 10:10 p.m., was also bound for the Indonesian capital of Jakarta, and passengers from JT633 were put on it.

Photos show a sizeable chunk taken out of the leading edge of the ill-fated plane's wing, exposing interior wiring. It is lucky the strike did not do more damage: a Boeing 737's fuel tanks are located partially in the wings.

#BREAKING yet another A Lion Air in a near Air mishap. The plane #JT633 with 145 passengers was forced to abort its take-off from Fatmawati airport in Indonesia's Bengkulu city for Jakarta's Soekarno-Hatta International Airport at 6.20pm, after its left wing crashed into a pole. pic.twitter.com/GEZ29jrDFy

​"An investigation will be carried out by Aircraft Inspection and Airworthiness Inspector, Airport Inspector and Aviation Navigation Inspector to see the cause of the incident and the appropriate follow-up steps," Acting Director General of Air Transportation M Pramintohadi Sukarno said late Wednesday, the Australian reported.

The aircraft and pilots have been grounded for the duration of the investigation and repairs. The incident caused some delays at the airport, including for Batik Air flights, the Straits-Times noted.

The mishap comes at an inopportune time for Lion Air, following quickly on the heels of an October 29 crash involving one of the airline's newer Boeing 737 Max passenger jets. The airline concluded a faulty sensor caused the plane to suddenly dive downward and plunge into the Java Sea, killing all 189 aboard.

Although the probe is still underway, on November 5, the investigating Indonesian Transportation Safety Committee pleaded with the US National Transportation and Safety Board as well as Boeing "to take necessary steps to prevent similar incidents, especially on the Boeing 737 Max, which number 200 aircraft all over the world."

The US Federal Aviation Administration (FAA) subsequently issued an airworthiness directive Wednesday for 246 aircraft worldwide for operators to "revise the airplane flight manual to give the flight crew horizontal stabilizer trim procedures to follow under some conditions," Sputnik reported.