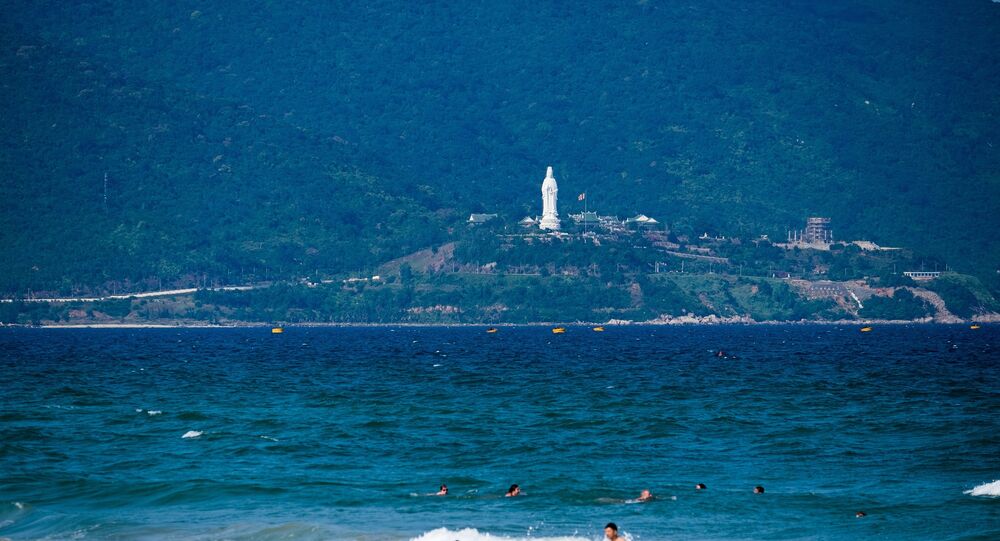 WASHINGTON (Sputnik) - The US and Vietnam have agreed to hand over to Vietnam’s Transportation Ministry 13.7 hectors at the Danang International Airport following the completion of a six-year effort to scrub the land of dioxin left over from aerial spraying of Agent Orange during the Vietnam War, the USAID said in a press release Wednesday.

"This is the third and last portion of land to be turned over for expansion of Danang International Airport," the release said. "The ceremony also marked the completion of the six-year, $110 million Environmental Remediation of Dioxin Contamination at Danang Airport Project, jointly implemented by the United States Agency for International Development (USAID) and MND [Vietnam Ministry of National Defense]."

© AP Photo
US Releases Horrific Footage of Vietnam War Air Raids Amid Trump's Asia Trip
US Ambassador to Vietnam Daniel Kritenbrink and Vietnam Vice Minister of National Defense participated in a signing ceremony to finalize the deal, the release explained.

READ MORE: How Distorted Intelligence Dragged US Into Vietnam War 53 Years Ago

Since 2000, the United States has worked with Vietnam to resolve humanitarian and wartime legacy issues. These include the removal of unexploded ordinance, the identification of remains of missing personnel and the remediation of dioxin, according to the release.

Dioxin, a virile cancer-causing contaminant, was a key component of Agent Orange, a defoliant widely used by US forces to clear jungle terrain during the Vietnam War.