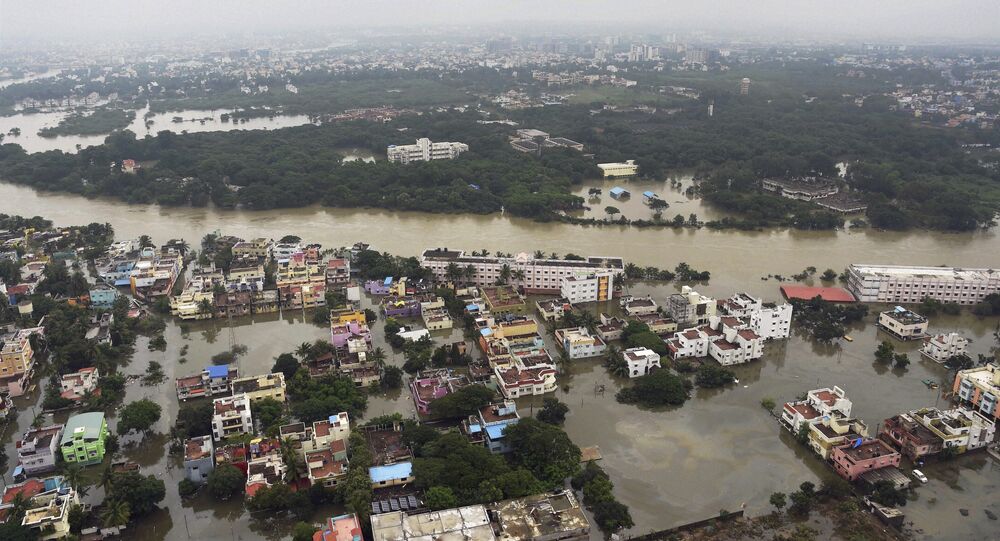 Thousands of people in Arunachal Pradesh have been living in panic mode for the past year due to an unusual phenomenon in the Yarlung Tsangpo River which flows through Tibet and enters India where it is called Siang. Last year, the color of the river ominously changed, threatening an ecological catastrophe.

India's north-eastern region has been alerted following a landslide at the Milin sector of the Yarlung Tsangpo in Tibet. China informed India's water authority on Tuesday about the landslide which occurred on Tsangpo, which assumes the name of Siang when it flows into Arunachal Pradesh.

Arunachal Pradesh's secretary of disaster management informed the media that due to the landslide at the Yarlung Tsangpo in China on October 29, there is a possibility of occurrence of a flash flood on Siang.

© AFP 2020 / NARINDER NANU
Indian MP From Border State, Disputed by China, Takes Part in Bilateral Meeting
This is the second landslide into the river in a fortnight. On October 19, a similar alert was sounded in Arunachal Pradesh following the formation of an artificial lake on Tsangpo after a cliff had fallen on a section of the river at the same place. Local authorities have advised people not venture out near the river.

Another landslide on the Siang. Water levels at Tuting have dropped off again.

Attached is picture at Tuting, circular by DC and drying up river Siang. pic.twitter.com/CXAuJlArpR

"People are advised to refrain from venturing out in the river for fishing, swimming etc till the situation becomes normal. Further, all concerned are requested to keep strict vigil and not to panic or create panic on the issue," Duly Kamduk, Upper Siang district magistrate said in a circular.

Meanwhile, locals fear that China is creating artificial problems in the river that destroyed crops and household properties in three districts of Arunachal Pradesh besides triggering an ecological catastrophe in the region.

Member of the Indian Parliament representing Arunachal East, Ninong Ering has asked the Ministry of External Affairs to investigate the change in the color of Siang and to take up the matter at the diplomatic level with China.

While India claims Arunachal Pradesh as part of the federation, China recognizes it as South Tibet.