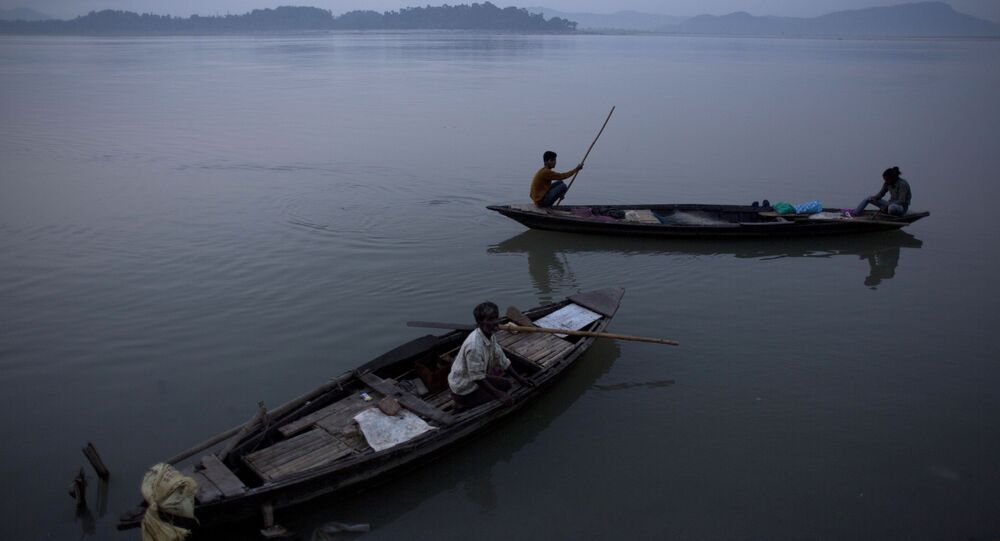 In another indication of a thaw in the relation between India and China after a bitter military standoff last year, China has agreed to resume sharing hydrological data of the River Brahmaputra with its lower riparian neighbor, India.

New Delhi (Sputnik) — The hydrological data of the Brahmaputra River is crucial to India, mainly for predicting floods that affect the northeastern part of the country every year during monsoon season. Following the recent trans-border River talks, China has now agreed to release the data it had been withholding since the last many months.

"The two sides agreed to continue with such cooperation on the grounds of humanitarian principles and on the basis of bilateral relations, China will continue with its cooperation with the Indian side on the provision of hydrological information and emergency response cooperation," Chinese Foreign Ministry spokesperson Lu Kang said.

The 11th meeting of the India-China expert-level mechanism on trans-border rivers was held in Hangzhou, China on March 26-27, 2018. It was the first meeting over trans-border rivers after the two Asian giants locked horns last year when the Indian military supported Bhutan when China allegedly tried to carry out construction activities on the Doklam plateau — a patch of land claimed by both Bhutan and China.

A team of officials of India's Ministry of Water Resources held talks with their Chinese counterparts on the cooperation of… pic.twitter.com/i60h3kOnRT

"Talks between India and China are necessary to maintain healthy bilateral relations. Apart from political differences and strategic ambitions, both India and China has so much to give each other. The recently held India-China commerce ministers' talks were a welcome step, where China agreed to work towards India's concerns. The Indian foreign minister and defense minister will be visiting China soon. These are the positive developments as far as the India-China relation is concerned," Srikanth Kondapalli, professor of Chinese Studies at JNU told Sputnik.