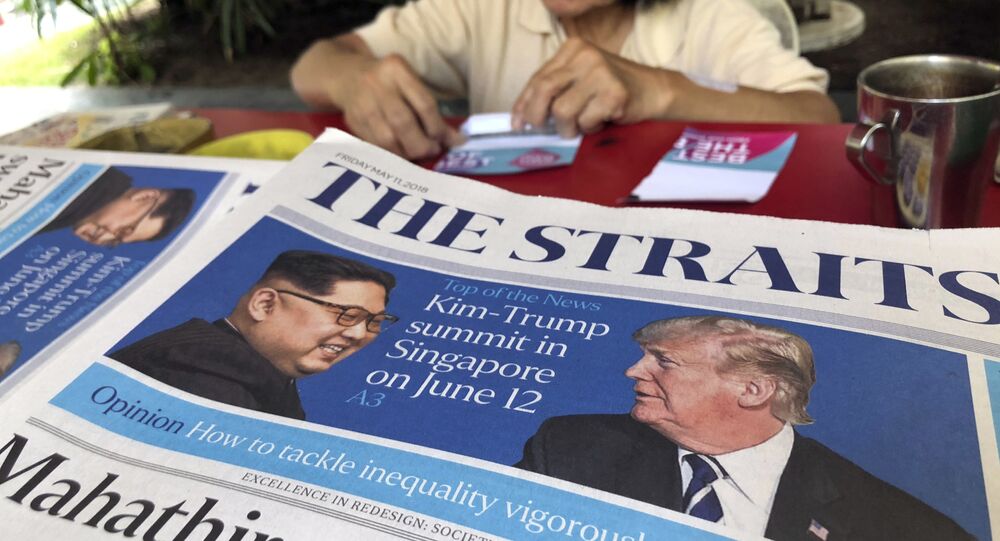 MOSCOW (Sputnik) - US authorities are blocking humanitarian aid workers from going to North Korea in a bid to increase pressure on Pyongyang amid tensions over North Korea's nuclear program, The Wall Street Journal reported, citing sources familiar with the matter.

A US official told The Wall Street Journal that while special exemptions could be made "in the US national interest," the State Department had the right to decide if the aid group met the required criteria.

"That a group's prior application was approved does not guarantee that a new application will be approved," the official said, also raising the possibility of "the diversion and misuse of humanitarian assistance by the DPRK regime for its weapons program."

© AP Photo / Wong Maye-E
State Dept: US Looks Forward to Working With Russia, China to Denuclearize DPRK
The decision was made by US Secretary of State Mike Pompeo as part of an attempt to exert pressure on North Korean leader Kim Jong-un in response to Pyongyang's alleged foot-dragging in dismantling its nuclear program, according to The Wall Street Journal.

In recent weeks, the State Department has rejected requests for a special validation of passports to travel to restricted areas from members of at least five humanitarian aid groups run by US nationals, the newspaper said.

The news comes despite US President Donald Trump saying in late September that he and Kim "fell in love" during their bilateral dialogue in June. After the summit, the sides issued a joint statement affirming their commitment to reach a lasting peace on the Korean Peninsula. The Kim-Trump agreement envisioned that North Korea would make efforts to promote complete denuclearization in exchange for the suspension of US-South Korean military drills as well as potential sanctions relief.