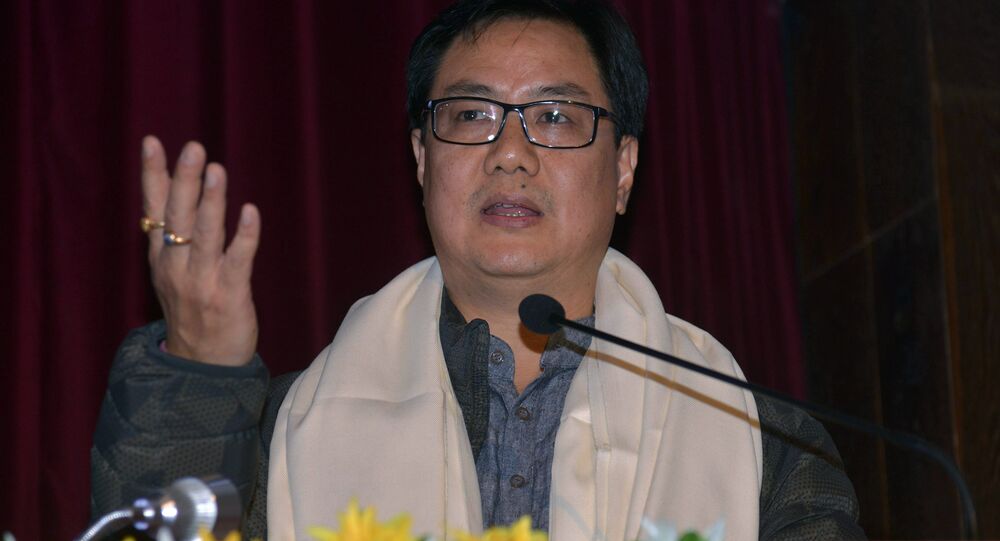 While convincing the Indian minister of state for the home affairs to attend her school function, his adorable daughter suggests a way to get a day off without antagonizing his boss. "You should tell your boss that I have to go to my daughter’s school and then he will forgive you," says the daughter in a video that has gone viral.

Minister of State for Home Affairs Kiren Rijiju was a happy parent when he visited his daughter's school for the first time to watch her performance.

"Finally, for the first time, I could manage a little moment to attend my daughter's 'Grandparents Day' in her school in the absence of any of her grandparents," Rijiju tweeted.

Finally, for the first time I could manage a little moment to attend my daughter's "Grandparents Day" in her school in the absence of any of her grandparents.
She was too excited! pic.twitter.com/GvQI1pOd42

But it took his cute little daughter some effort to cajole and convince him.

"This is how my little daughter convinced me to attend her school's 'Grandparents Day' for the first time," Rijiju tweeted.

This is how my little daughter convinced me to attend her school's "Grandparents Day" for the first time. pic.twitter.com/ZaIt3y658D

In the video, the Indian junior home minister's daughter is seen asking her father to come to school to watch her perform, "Papa, tomorrow is my Grandparent's Day. You must come tomorrow. Mama always comes to my school, sees the performance. She sees my dancing," Kiren Rijiju's daughter says.

"But you never ever come to my school. How can that be, Papa. My grandparents cannot come to Delhi as they live in a village far from Delhi," she says.

When Kiren Rijiju said that he is busy, then his daughter advised him to ask his boss to spare him to attend his daughter's school function.

"You have the office but just say to your boss that I have to come to my daughter's school. Then your boss can forgive you," the Indian home minister's daughter said.