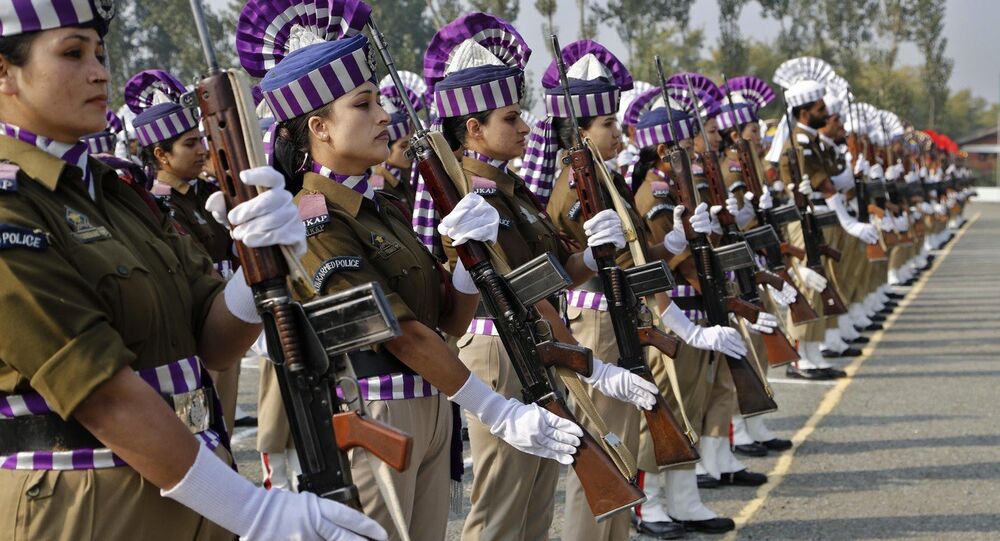 The move comes in the backdrop of militant groups, like the Hizbul Mujahideen operating in Kashmir valley, putting out warnings that any person who stands as a candidate in the local elections due in October and November this year will be punished.

The announcement was made by the governor of the state in an interview with Indian current affairs magazine The Week.

''We are going to provide an insurance cover of Rs 10 lakh (approximately $12500) to every candidate,'' Jammu and Kashmir Governor Satya Pal Malik told The Week.

© AP Photo / Channi Anand
11 Relatives of Jammu and Kashmir Police Abducted by Terrorists
In the past week, militants have burned down at least four local administration offices in the Kashmir area.

Three attempts of arson in panchayat ghar’s at different places in south kashmir. Pulwama, Shopian and Tral all in last 24 hours. Just after the panchayat poll dates were announced.

Meanwhile, the two major political parties active in the state of Jammu and Kashmir, the National Conference (NC) and the People's Democratic Party (PDP), have said they would boycott the polls, stating their differences with the central government on the issue of granting greater autonomy to the state.

Analysts in India have said that providing security to candidates may not be a tangible solution for democracy to flourish in Jammu and Kashmir.

"These measures could be peripheral. The Indian government must work towards winning the hearts of the people to maintain peace and tranquility in the valley," Arvind Murthy, a social scientist and political commentator, told Sputnik.

Jammu and Kashmir has been a bone of contention between India and Pakistan since their independence in 1947.

Upon leaving the territory, the British had divided the region into two countries, India and Pakistan, and left it to royal families to chose which country they wanted to join.

The king of Jammu and Kashmir acceded his territory to India only after a tribal attack happened from the Pakistani side and a part of the territory went to Pakistan. Both sides have fought four wars since then and accuse each other of interfering in their respective internal matters.