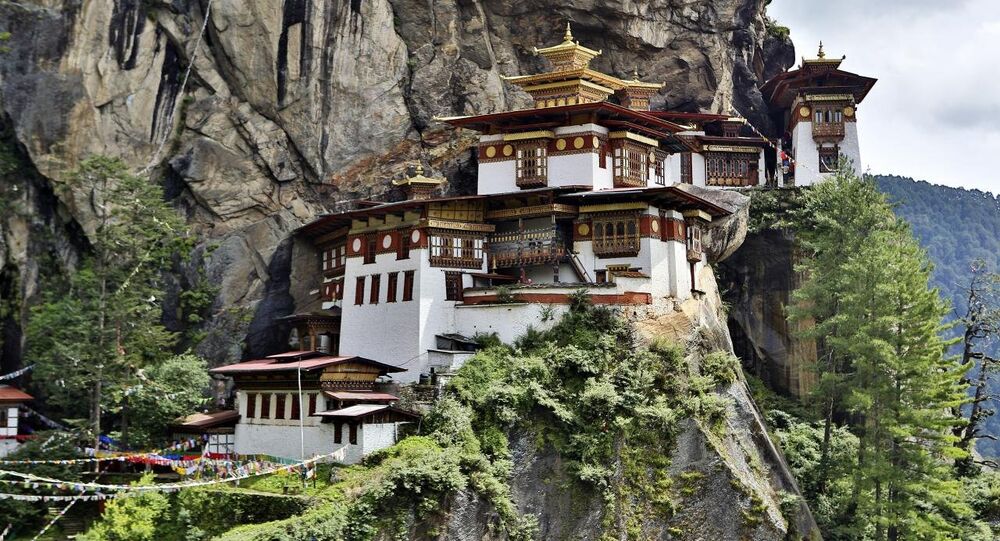 With the ruling PDP out of the race, it will be the DNT and the DPT vying for the top position in the subsequent rounds. It was with the DPT government at the helm in 2013 when New Delhi withdrew subsidies on cooking gas and kerosene in the middle of the country’s elections due to its alleged overtures with China.

New Delhi (Sputnik): Bhutan's People's Democratic Party (PDP) led by outgoing Prime Minister Tshering Tobgay, considered pro-India, received a massive jolt in the general election, as it slipped to third place in the primary round of polling held on Saturday for the 47-member National Assembly.

Druk Nyamrup Tshogpa (DNT), led by Dr. Lotay Tshering, a surgeon-turned-politician, emerged on top with 92,722 votes. Druk Phuensum Tshogpa (DPT) — considered as pro-China, surfaced as close second with 90,020 votes. DNT, with the plurality of votes, won only 16 constituencies, while DPT won in 22. This was the closest election between two parties in the primaries.

© AFP 2021 / INDRANIL MUKHERJEE
Setback for Nepal, Bhutan as India Says It Won't Take Back Demonetized Currency
In the Bhutanese political system, the top two parties will now vie for power during the second and final round scheduled for 18th October.

Lotay Tshering said the people supported DNT because health is the party's priority and the Bhutanese voted for positive change in daily lives.

"This is a typical example where election and results can be totally unpredictable. This is the charm of democracy. I am personally happy because DNT, being a party outside the parliament for the last five years, could manage to connect with so many supporters who could identify with our ideology of narrowing the gap. I am more convinced that improvement in health care services, especially those in rural areas cannot be more emphasized," Lotay Tshering was quoted by Kuensel as saying.

The voting trend is also reminiscent of the prevailing sentiments among the public that Bhutan should not get involved in the India-China dispute, local news reports suggested.

During the Doklam stand-off that erupted after China's People Liberation Army tried to build a road near the tri-junction of India, China and Bhutan last year in June, Bhutan had sought India's help to stop the Chinese attempt to change the status quo in the area. The stand-off ended after 13 rounds of diplomatic negotiations between India and China, but it highlighted Bhutan on the world strategic map, sending strong signals that Thimpu was an all-out Indian ally.