The US is reportedly considering granting a waiver to the Iranian port of Chabahar that would permit trade there despite the return of US sanctions against trading with Iran. India has invested hugely in the port, and it’s expected to become the key to mineral extraction in Afghanistan, where the US is struggling to end a two-decade-long war.

Chabahar is Iran's southernmost city, its only deep-water port and the anchor of the Chabahar-Hajigak corridor, a road and rail connection between the Indian Ocean and central Afghanistan. India has sunk billions into developing the corridor since 2003, including a $2 billion agreement penned in January for India to build a railroad between Chabahar and Zahedan, the capital of Sistan-Baluchistan Province 430 miles inland, the Financial Tribune reported in at the time. 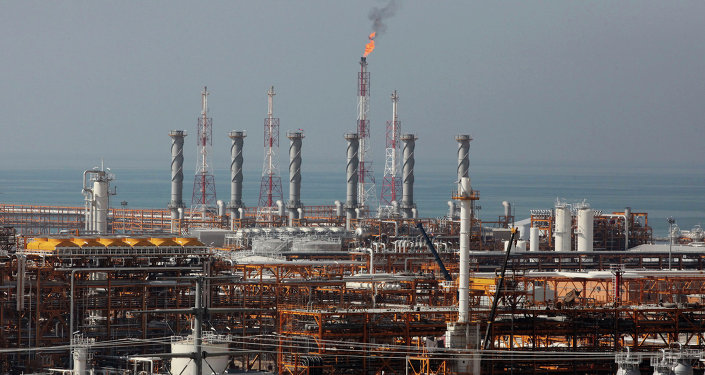 From there, a further line to Zaranj, just across the Afghan border, is in the works, and a connection thereafter to the Hajigak mining concession, granted to India in 2016 and estimated to hold 1.8 billion tons of iron ore, among many other valuable metals, according to Afghanistan's Ministry of Mines and Petroleum.

But all that has been cast into doubt now, as the US seeks to cut Iran off from the world once again after US President Donald Trump unilaterally withdrew his country from the 2015 Joint Comprehensive Plan of Action (JCPOA), an international deal that dropped sanctions against trading with Iran in exchange for that country accepting severe limitations on its nuclear program designed to prevent it from obtaining a nuclear weapon.

"We are reviewing [the Chabahar project] in the context, in particular of Afghanistan, and in the spirit that the idea of our sanctions are not to punish partners or to imperil partners, but to bring a price tag for Iran's malign behaviour," Alice Wells, principal deputy assistant secretary of state for South and Central Asia, said Thursday at the Center for Strategic and International Studies (CSIS), a top American think-tank, the Indian Express reported.

"As we review the issue of Chabahar, it'll be in the context of what it provides for the stabilization of Afghanistan or for the kind of regional connectivity that serves other interests as well. But it's an ongoing process of review," Wells said.

Wells noted that "India is quite sensitive to price fluctuations," an important issue considering the country has a general election scheduled for the spring of 2019.Economist and political analyst Shabbir Razvi told Sputnik Thursday that the US was not only "trying to control the trade practices of the entire world," it's attempting to control how foreign nations trade. Razvi noted that US trade policy was effectively summarized by John Connally, US Secretary of the Treasury, the agency that handles US economic sanctions, under former president Richard Nixon: "My view is that the foreigners are out to screw us," Connally said in 1971, "and therefore, it's our job to screw them first."

"This mindless approach not only screws other nations but ultimately screws the US," Razvi said.

According to the Hindustan Times, New Delhi has sought a waiver from Washington for its trade via Chabahar, in particular because Iran is the country's third-largest supplier of oil.

China, another large buyer of Iranian oil, has already indicated its intention to disregard the US deterrents, although it is switching to an arrangement whereby Iranian oil tankers must deliver the petrol themselves to Chinese refineries and assume all the risks of the trade, Sputnik previously reported.

"We are working with our partners, including India, and talking to them about ways to encourage them to avoid potentially sanctionable acquisitions or activities," said David Helvey, principal deputy assistant secretary of defense for Asian and Pacific security affairs. "So those conversations are ongoing," he said.

Ambassador of Afghanistan to India Shaida Mohammad Abdali told CNBC that the US' decision about the fate of trade in Chabahar will directly impact Afghanistan. 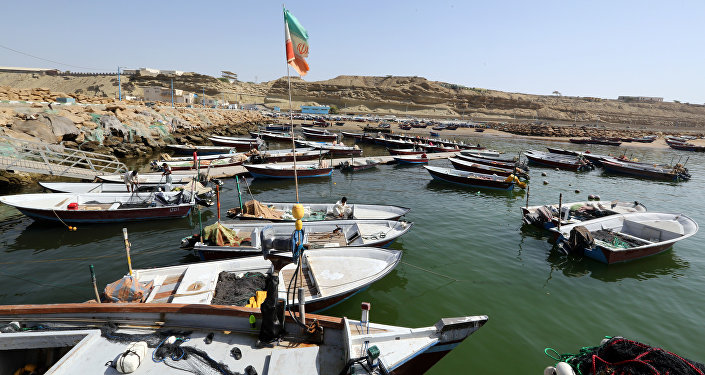 "Afghanistan, notwithstanding problems, is open to business, and US companies are interested in our telecom and mining sectors," he said Thursday.

Although Pakistan, which sits between India and Iran and Afghanistan, is pushing forward with infrastructure projects related to China's massive Belt and Road infrastructure investment initiative via the China-Pakistan Economic Corridor, Sputnik reported, it has denied India transit access. That makes Chabahar India's gateway to Central Asia.

Tehran, New Delhi and Kabul signed a trilateral agreement to develop Chabahar in Tehran in May 2016 when Indian Prime Minister Narendra Modi and Afghan President Ashraf Ghani paid a state visit to Iran.

"Nations of this region are agreeing on pacts and alliances which would benefit them politically, diplomatically and economically," Razvi told Sputnik. "For the US to threaten sanctions isolates it even further."

After stiff economic sanctions against trading with Iran were removed in January 2016, Afghan President Ashraf Ghani and Indian Prime Minister Narendra Modi paid a state visit to Tehran to hammer out a trilateral agreement to more intensely develop the Chabahar port, as well as the corridor to Afghanistan. The deal covers the development and operation of two terminals and three berths at the port with cargo handling capacities for 10 years, including a Special Economic Zone for Indian companies to set up petrochemical, fertilizer and other gas-based industries, the Financial Tribune reported in January 2018.

Further help in developing the corridor has come from South Korea, Russia and China, which have supplied various parts of the planned railway, as Iran's domestic industries are still struggling to come up to normal production capacity. Russia in particular signed a $3 billion deal with Iran to jointly manufacture 20,000 freight cars, 1,000 passenger cars, 350 locomotives and rail transportation equipment, Financial Tribune noted.

"The distance between Kandla and the Chabahar port is less than the distance between New Delhi and Mumbai, and so what this agreement does is to enable us quick movement of goods first to Iran and then onwards to Afghanistan and Russia through a new rail and road link," Indian Road Transport, Highways and Shipping Minister Nitin Gadkari told the Press Trust of India in 2016, following the trilateral agreement's announcement."It is important for India to have diplomatic and trade relations with Central Asian countries," Razvi told Sputnik. "The decision to invest at Chabahar has many benefits for India, with access to Iran's energy resources and a trading partner of significance."

"Geopolitically, this may also be a strategy by India to counter influence that China exercises in Central Asia," he said.

China's own interests include forwarding its continent-wide Belt and Road Initiative, a network of transportation infrastructure that has included thousands of miles of roads and rails, as well as port and airport construction. Sputnik reported in May that a new rail line had opened across Central Asia, connecting the Iranian capital of Tehran with the Chinese city of Bayannur, 3,000 miles away in Inner Mongolia.

Lack of Funds Will Not Hamper Belt and Road Initiative - Academic

Shanghai Campaigning for Belt and Road's Investment and Financing Center