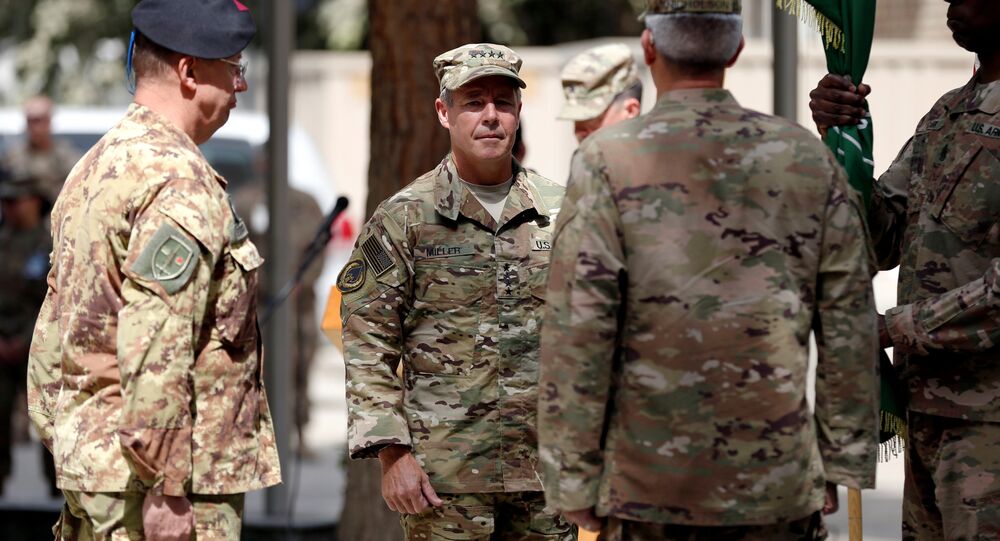 US Replaces Head of Resolute Support Mission in Afghanistan

MOSCOW (Sputnik) – US Gen. John Nicholson has been replaced by US Gen. Austin Scott Miller as head of the US Forces-Afghanistan and the NATO-led Resolute Support Mission in the country.

At the official ceremony of handing in the mandate, Nicholson pointed out that the coalition’s goal in Afghanistan was to support people of the country.

"Peace in #Afghanistan is in everyone’s best interest. It not only ends the suffering of the Afghan people — peace in Afghanistan makes the entire world safer," Nicholson said, as quoted by the Resolute Support mission.

Nicholson called on the Taliban* Islamist group to join the peace process. The former head of the US Forces-Afghanistan also thanked the National Unity Government’s officials, military personnel and leaders for their support.

The mission has congratulated US General Austin Scott Miller on Twitter.

​READ MORE: US Troops Unlikely to Leave Afghanistan Despite Negotiations with Taliban

© AFP 2020 / Noorullah Shirzada
White House Expects Allies to Increase Military Presence in Afghanistan
On September 1, NATO Secretary General Jens Stoltenberg thanked Nicholson for his outstanding service. US Secretary of State Mike Pompeo also thanked him for over two years of service as head of the US Forces-Afghanistan.

The Resolute Support mission comprises over 13,000 servicemen, who are providing training and advice to the Afghan security personnel in their fight against terrorism and militant insurgency, particularly the Taliban group. The mission was launched in 2015.

‘System of Greed, Control' Drives US' Relentless Occupation of Afghanistan