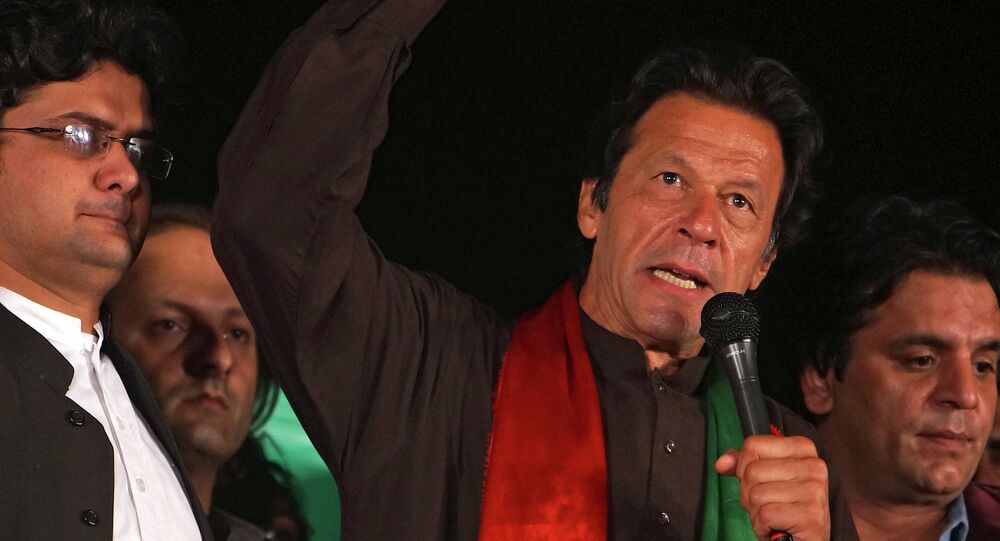 While the US State Department claimed that Secretary of State Mike Pompeo asked Pakistani Prime Minister Imran Khan to take decisive action against terrorists operating in Pakistan, Pakistan has denied that terrorism was discussed in a recent telephone conversation between the two leaders.

New Delhi (Sputnik): Pakistan has rejected as "factually incorrect" a statement issued by the US State Department concerning a telephone conversation between Prime Minister Imran Khan and US Secretary of State Mike Pompeo.

"Pakistan takes exception to the factually incorrect statement issued by the US State Department on today's phone call between PM Imran Khan and Secretary Pompeo. There was no mention at all in the conversation about terrorists operating in Pakistan. This should be immediately corrected," Pakistan Foreign Office Spokesperson Dr. Mohammad Faisal tweeted.

Pakistan takes exception to the factually incorrect statement issued by US State Dept on today’s phone call btwn PM Khan & Sec Pompeo. There was no mention at all in the conversation about terrorists operating in Pakistan. This shd be immediately corrected.

Earlier, US State Department Spokesperson Heather Nauert said in a statement that Secretary Mike Pompeo had "raised the importance of Pakistan taking ‘decisive action' against all terrorists operating in Pakistan and its vital role in promoting the Afghan peace process."

© AP Photo / Matt Rourke, File
Pakistan Threatens to Ban Twitter
However, Pakistan rejected the claim and said that there was no mention of terrorists operating in Pakistan during the conversation.

Meanwhile, the State Department has clarified that the US stands by the statement.

"We stand by our read out. Secretary had a good call. Pakistan is an important partner of the United States. We have to forge a good productive relationship with the new civilian government," US State Department Spokesperson Heather Nauret said during a press briefing.

US Secretary of State Pompeo is scheduled to visit Pakistan next month to hold talks with Paksitan's newly elected prime minister, Imran Khan. During the visit, Secretary Pompeo is likely to seek Pakistan's support for a US-led Afghan peace process, The Dawn reported.

US-Taliban Talks: Scholar Explains Why US Can't Do Without Pakistan's Help