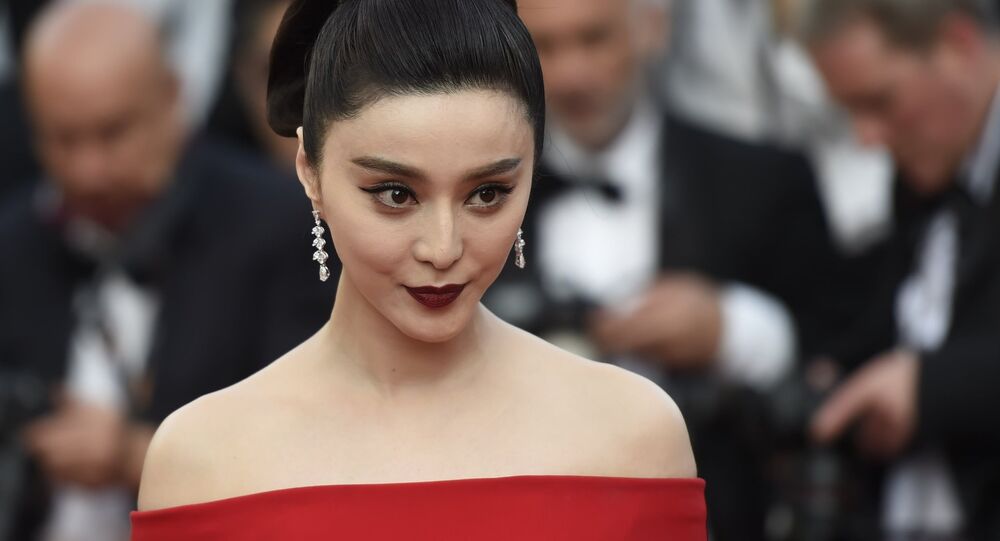 Fan Bingbing, who starred in X-Men and is one of the world’s highest-paid actress, hasn’t shown up in public in more than a month, while the most recent activity on her social media account dates back to mid-July. There are reported hints that she’s under investigation for tax fraud, evoking speculations as to why she’s remained unseen.

Fan Bingbing’s media silence has concerned her fans, who left numerous comments under Fan’s recent entry, begging that she issue a statement.

The A-list actress and singer, who also represents several international brands, hasn’t reportedly been seen in public since July 1, when she visited a children’s hospital. Fans haven’t seen much of her on-line over the last months, either.

Her latest entry on Instagram dates back to the end of May, while she posted the latest message on her personal microblog on June 2 and dedicated it to a children’s charity program.

Her account on the popular Chinese social media site Sina Weibo, which has more than 62 million followers was active last time on July 23, when she gave out several “likes.”

Fan disappeared from the spotlight shortly after Chinese TV host Cui Yongyuan, branded by the South China Morning Post as “a controversial figure,” alleged that the 36-year-old star, who topped the 2017 Forbes list of best-paid Chinese celebrities, earning $45 million, was involved in tax fraud.

According to the media, in June China’s tax authorities ordered a probe into allegations that the country’s top celebrities colluded with film studios to under-report taxes with so-called  a “yin-yang” contracts.

The system lets actors and actresses evade taxes by signing two contracts: while one states the real payment, another, submitted to the authorities, indicates a more moderate sum.

The actress’ studio refuted allegations with a statement then, saying she had never signed “yin-yang” contracts for a single job.

“The studio and Fan Bingbing will fully cooperate with the relevant authorities. We hope the investigation’s result can be released soon to address the doubts of the public,” a studio executive said, as quoted on Sina.com.

The recent development came at the end of July, when the Chinese-language business paper Economic Observer published a story, which was pulled out in an hour, stating that the actress and her younger brother Fan Chengcheng have allegedly been banned and must leave the country over tax fraud allegations.

According to the BBC, the Chinese outlet Caixin Online has reported on the "rumors" about the actress’s detention, saying that calls from the media or fans haven’t been able to reach her studio by phone. While some media imply that this can be explained by the investigation into her staff, which is unconfirmed as of yet, others explain that she was simply taking a regular break. The South China Morning Post, citing its source in Beijing, states that neither Fan nor her brother had been arrested.

15,000 Chinese Arrested in Cybercrime, Gov't to 'Clean Up the Internet'