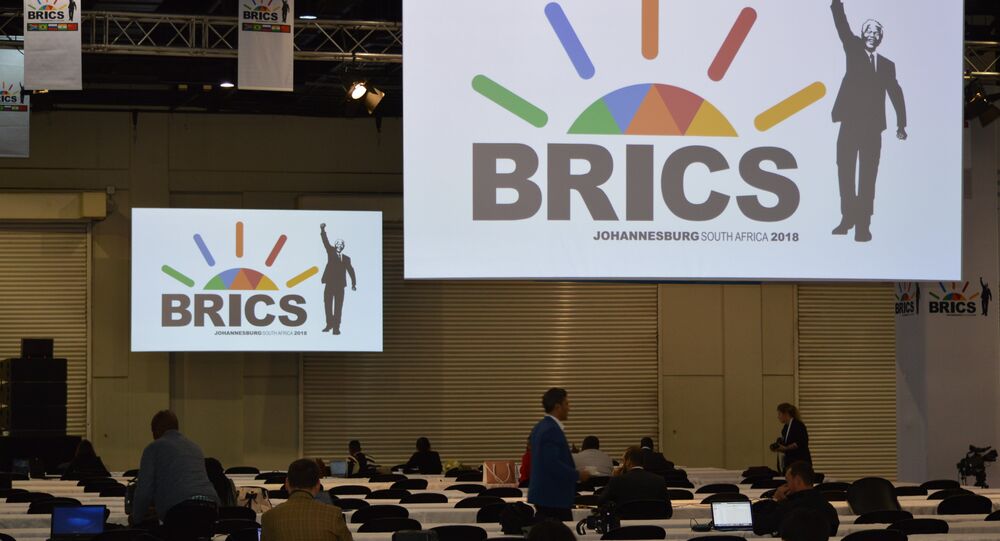 Professor Swarn Singh of New Delhi's Jawaharlal Nehru University (JNU) said that the BRICS’ potency as an alternative global governance system can be established if trade between these countries is strengthened in the face of the US tariff war and if its members find innovative ways to strengthen credibility at home and abroad.

The annual BRICS summit is currently underway in Johannesburg, South Africa, where leaders of Brazil, Russia, India, China, and South Africa are putting their heads together to thrash out a roadmap to be collectively followed by the grouping on multifarious contemporary issues ranging from politics, trade, and economics. Another key agenda is the expansion of the BRICS group. An Indian international relations analyst is of the opinion that BRICS countries have a big agenda to build up their credibility and that the group's expansion has a large significance in the face of the US-led global tariff war. Increased consolidation of intra-BRICS trade is the need of the hour, according to professor Swarn Singh.

"The Johannesburg summit this week is expanding the BRICS outreach further. It will hold dialogue in both formulations of BRICS+N (nine African countries) and BRICS+ which include countries like Argentina, Egypt, etc. This truly makes BRICS an event with global overtones and its implications become stronger in the face of US President Donald Trump's tariff war, which portends a majority of BRICS members potentially being identified as US adversaries," Swaran Singh, professor of international relations at Jawaharlal Nehru University, told Sputnik.

© Sputnik / Alexey Nikolsky
BRICS Leaders Gather in 'Rainbow Country' to Discuss Trade, Politics, Economics
Observing that the BRICS member countries continue to be seen as a diverse and disjointed group of nations with varying trajectories, even serious bilateral disputes, professor Singh emphasizes the need for multi-pronged innovative strategies in strengthening the BRICS constituencies at home and its credibility worldwide.

He feels that the rapid rise in intra-BRICS trade has been encouraging but not enough.

"No doubt the rapid rise in intra-BRIC trade from $29 billion in 2000 to $319 billion in 2010 when South Africa joined and then to $744 billion last year provides a catchy explanation to underline BRICS' expanding partnerships. But this was more to do with the overall rapid rise in their global commerce. China's foreign trade during 2000-2017 rose from $47 billion to 4.1 trillion which is much higher compared to the rise in intra-BRICS trade," Singh said.