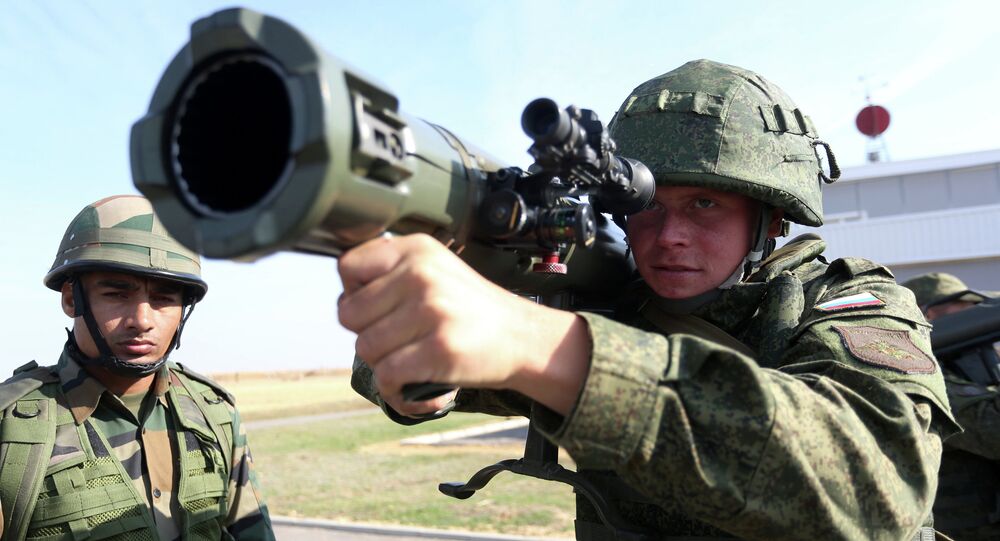 India and Russia have reaffirmed their resolve to fight terror at the 10th Russia-India Joint Working Group on Combating International Terrorism in Moscow.

New Delhi (Sputnik) — The Russia-India Joint Working Group on Combating International Terrorism has called for renewed international cooperation to prevent the proliferation of terrorist and extremist ideologies and the subsequent radicalization of public sentiments, as well as terrorist recruitment, including via the internet.

During the meeting in Moscow, representatives of the two countries discussed the possibility of expanding cooperation and exchanging information on combating terrorism at the bilateral level as well as through international platforms, such as the UN, the SCO, BRICS and FATF.

"Those attending the meeting discussed current aspects of international cooperation in the fight against terrorism, including the tasks of preventing terrorism, cutting off the material and ideological support of terrorist groups, and dealing with the phenomenon of foreign terrorist fighters (FTFs)," a joint release read.

© AFP 2021 / STRINGER
Indian Troops to Use Russian Equipment During SCO Military Exercise in Russia
The meeting held on July 23 was attended by representatives of both countries and co-chaired by Russian Deputy Foreign Minister Oleg Syromolotov and Indian Secretary for Foreign Affairs Preeti Saran.

"The sides also exchanged opinions on the state of the terrorist threat around the world, including the Middle East, Afghanistan and South, Southeast and Central Asia. They briefed each other on their countries' experience and best practices in combating terrorism, including the development of the legal framework," the joint release added.

The two sides reaffirmed their stance on the need to consolidate the efforts of the international community, led and coordinated by the UN, in the global fight against international terrorism and extremism based on the norms and principles of international law without any double standards.