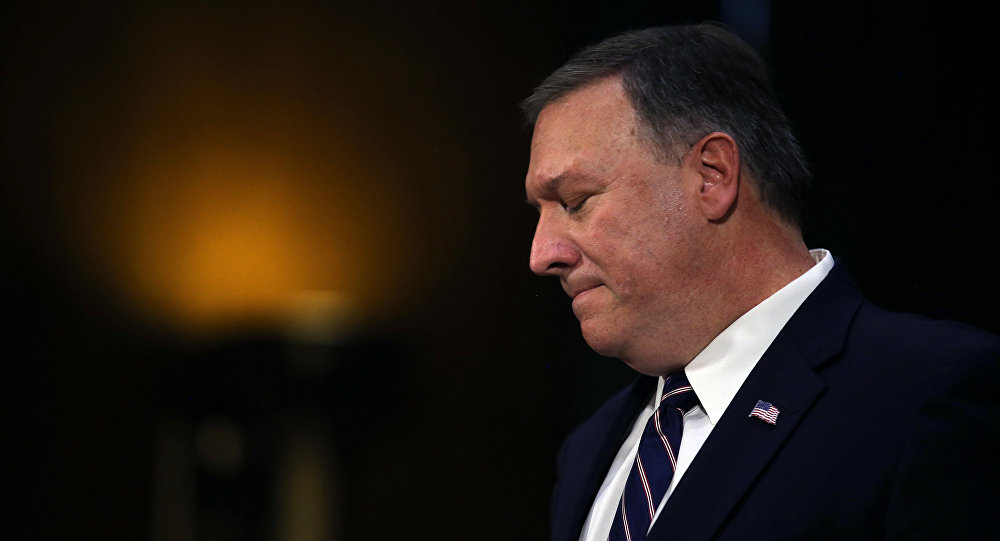 MOSCOW (Sputnik) - The United States and North Korea on Sunday held productive talks on the repatriation of remains of US soldiers killed during the 1950-1953 Korean War, with the sides firmly pledging to ensure the transfer of those collected and resume further search operations, State Secretary Mike Pompeo said in a statement.

"On… July 15, representatives from the United States held the first General Officer-level talks with the DPRK since 2009. They met to discuss the return of U.S. service members’ remains missing since the Korea War … Today’s talks were productive and cooperative and resulted in firm commitments," Pompeo said.

© REUTERS / Kyodo
Sanctions Remain Until North Korea's Final Denuclearization - Pompeo
According to Pompeo, working meetings between the two sides will start on Monday to "coordinate the next steps, including the transfer of remains already collected" in North Korea.

"Additionally, both sides agreed to re-commence field operations in the DPRK to search for the estimated 5,300 Americans who never returned home," the statement noted.

At the historic June 12 meeting in Singapore, US President Donald Trump and North Korean leader Kim Jong-un reached an agreement that required Pyongyang to denuclearize in exchange for a freeze on the US-South Korean military drills and eventual sanctions relief. 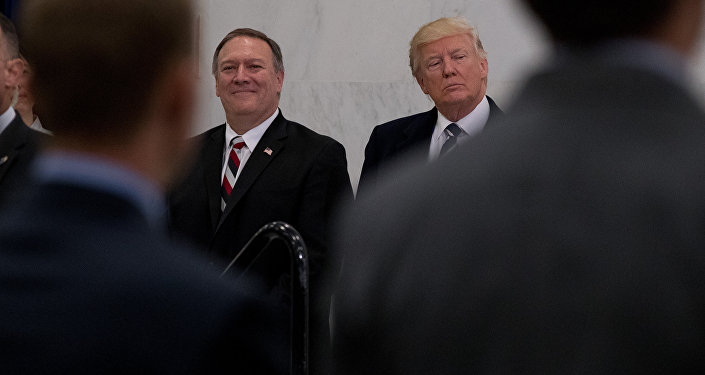 © AP Photo / Andrew Harnik
Pompeo Urges North Korea to Follow Vietnam's Path in Relations With US
The two leaders signed a document, which, among other issues, stipulated the recovery of the remains of prisoners of war and soldiers who went missing in action.

In late June, Trump said North Korea had returned the remains of 200 troops who had died in the Korean War almost seven decades ago. Yet, Pompeo shortly after specified that the United States had not yet received them.