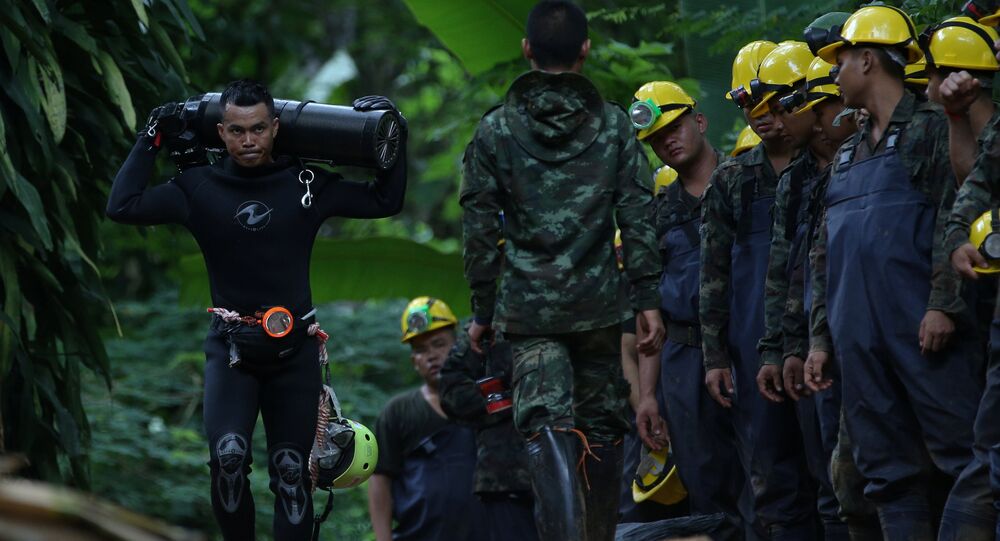 As rescuers in Thailand successfully conclude their efforts to save a group of teens trapped in a flooded cavern, movie producers in the United States are already planning to make a film about this ordeal.

A US film crew has arrived in the vicinity of the Tham Luang mountain cave system where a group of teen footballers and their coach were recently trapped, as Hollywood producers regard this incident as an opportunity to make a movie.

© REUTERS / Thai Navy Seal
English Football Team to Present Rescued Thai Children With Jerseys
Scott and his co-producer, Adam Smith, have already started conducting interviews around the site of the incident and, according to news.com.au, seek to obtain exclusive rights to the stories of the victims, their families and people involved in the rescue operation.

"There’s going to be other production companies coming in so we have to act pretty quickly," Smith remarked when asked if his crew’s actions might appear somewhat insensitive.

Twelve teenagers from a Thai junior football team and their coach became trapped in the seven-kilometer-long Tham Luang cave and could not get out because rainfall had flooded the exit on June 23.

After a 10-day search, the authorities finally managed to locate them, alive but starving, and launched a massive rescue operation, which ended on July 10.