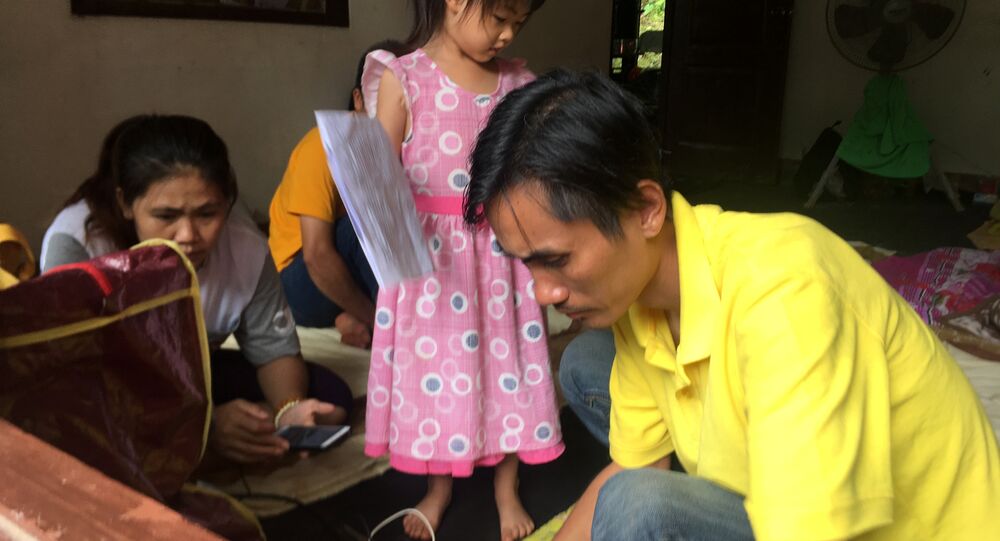 Earlier in the day, the rescue operation entered its third stage, with the rescuers hoping to bring out all the people remaining trapped inside the cave system.

Four children from the Thai youth soccer team "Wild Boar" and their 25-year-old coach have been taken out of a flooded cave on the third day of the rescue operation. They have been immediately sent to the hospital in Chiang Rai.

An army doctor and three divers of the Thai Navy SEALs had remained in the Tham Luang cave since discovering the children and their coach in one the cave's chambers. All four servicemen have left the flooded cave.

During the previous two days of evacuation, rescuers saved eight soccer players. According to the head of the rescue mission, the Thai army has sent over 1,000 personnel to assist in operation.

© AP Photo / Chiang Rai Public Relations Office
Thai Children Rescue Operation Entered Third Stage
Twelve teenagers from Thai junior football team and their coach disappeared on June 23. They entered the seven-kilometer long Tham Luang cave and could not get out because a rainfall had flooded the exit.

The search lasted for ten days after which they all were found alive though exhausted from starving.

Early on Sunday, the head of the rescue team announced the start of an operation to get the teenagers and their coach out of the cave. The children were taken out in light-diving gear and for one-fifth of the journey they swam under the water accompanied by experienced divers.