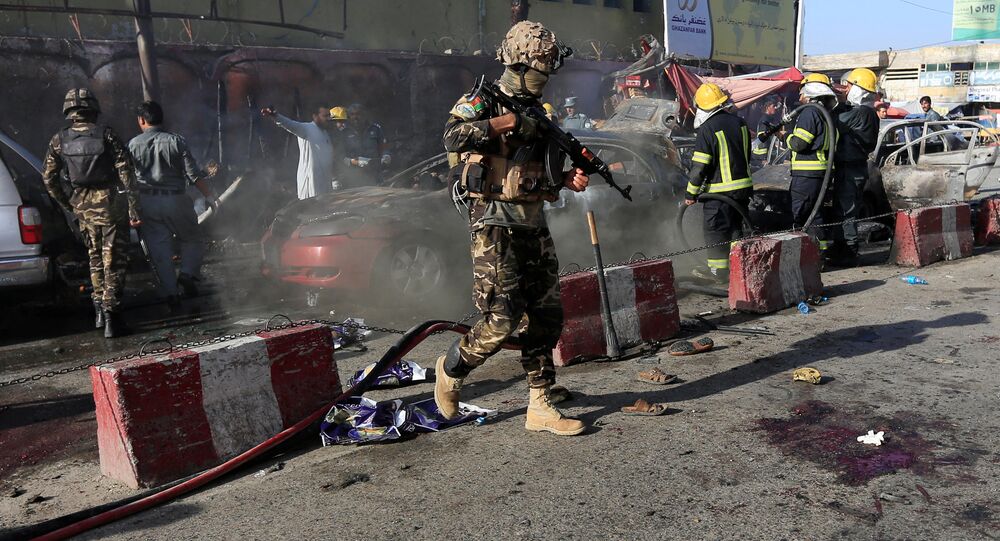 MOSCOW (Sputnik) - An explosion rocked Afghanistan's city of Jalalabad in the province of Nangarhar on Tuesday, killing at least two people and leaving two others wounded, the Tolo News outlet reported.

The incident occurred at about 9:45 a.m. local time (05:15 GMT) near a fuel station, which caught fire as a result, the media reported, citing a spokesman for the provincial governor, Attaullah Khoghyani.

The cause of the explosion has not been established yet.

© AFP 2021 / NOORULLAH SHIRZADA / POOL
Afghan Forces Destroy Daesh Stronghold Amid Major Crackdown on Terrorists
On June 7, the Afghan government declared a truce for the period between June 11 and June 19 to mark the end of the Islamic holy month of Ramadan. Later in June, Taliban* decided to join the ceasefire and also announced a cessation of hostilities for three days on the occasion of the Eid al-Fitr holiday.

The government's ceasefire did not include the *Daesh terrorist group and the truce declared by Taliban did not cover foreign forces.

On June 17, the Taliban's ceasefire ended, while the government decided to extend its truce with the militants by 10 days.