Trump departed to Singapore on Saturday noon from Canada, where he participated in the G7 summit.

"Prime Minister Lee Hsien Loong will have separate meetings with Chairman of the State Affairs Commission of the Democratic People’s Republic of Korea (DPRK) Kim Jong Un and President of the United States (US) Donald J Trump on 10 June and 11 June 2018 respectively when they visit Singapore for the US-DPRK Summit," the statement said. 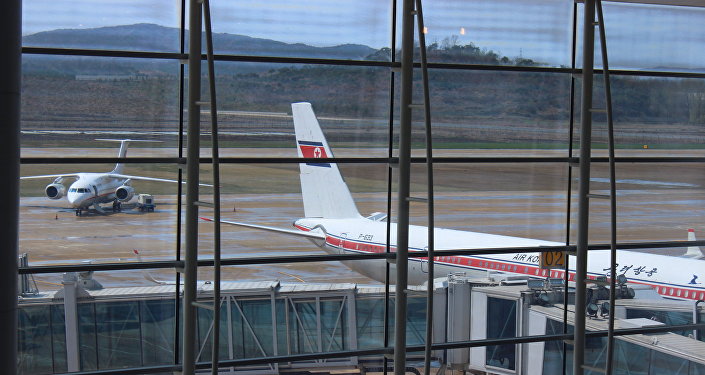 © Sputnik / Andrey Olfert
Kim Jong-un Arrived for Singapore Summit (PHOTO, VIDEO)
According to the US-based media reports, the Air Force One is expected to land in Singapore at 20:35 local time later in the day (12.35 GMT). Trump's meeting with Kim Jong-un is scheduled for Tuesday.

Meanwhile, according to Bloomberg, Donald Trump plans to meet one-on-one briefly with North Korean leader at the very beginning of the Singapore summit. According to the media outlet, citing its sources, US President has emphasized that this would be a "critical gauge" of whether a deal with Pyingyang is likely.

On Saturday, Donald Trump reportedly said that he would know "within the first minute" if Kim was serious about his denuclearization plans and "whether something positive will happen".

© AP Photo / Andrew Harnik
Trump Reveals Content of Letter From Kim
The historic Trump-Kim summit is scheduled to start at 9 a.m. local time on Tuesday. According to Reuters, security measures at the summit are expected to be ultra-tight. North Korean security services reportedly would deploy layers of special protection, surrounding the venue.

Moreover, Kim Jong-un is also likely to be served with a personal food prepared by a travelling special chef from Pyongyang, media reports say.