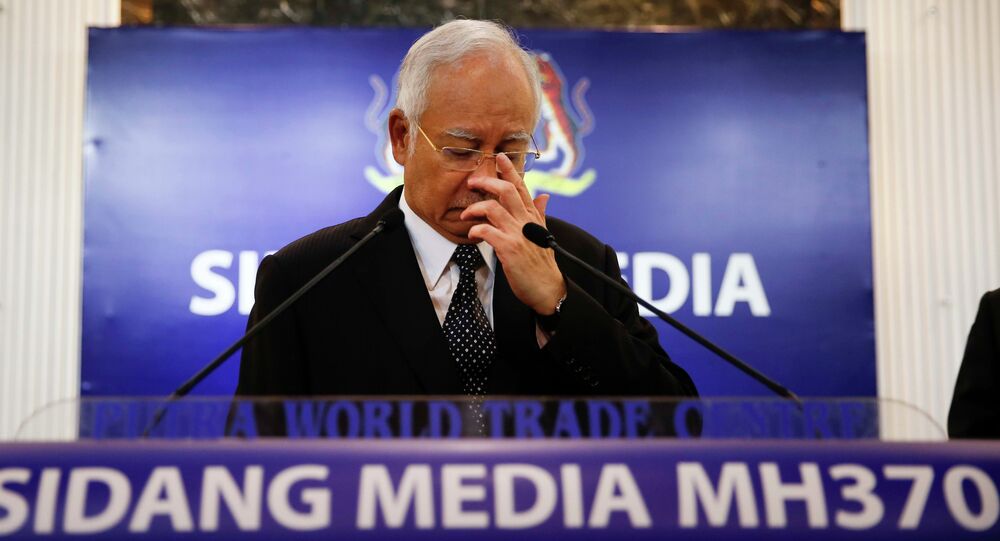 The Malaysian Finance Ministry has revealed documents, which can trigger a corruption scandal related to the previous government, which was headed by of Najib Razak from 2009 till May 10 this year, local media reported on Tuesday.

According to the Star online newspaper, the ministry has learnt that two gas pipe line projects, the Multi-Product Pipeline (MPP) and the Trans-Sabah Gas Pipeline (TSGP), were hidden from the ministry under secret "red files."

The two projects were approved by the government in July 2016 and handled by Finance Ministry’s subsidiary, Suria Strategic Energy Resources Sdn Bhd (SSER).

© AFP 2020 / KAZUHIRO NOGI
Ex-Malaysia Leader Calls for Dismissal of Current PM Amid Corruption Claims
The total cost of both projects is 9.4 billion Malaysian ringgits (about $2.3 billion). In 2016, the projects were awarded to China Petroleum Pipeline Bureau (CPPB). In 2017, SSER secured funding from the China Exim Bank, covering 85 percent of the total cost. The three-year projects commenced in April 2017, however only 14.5-percent and 11.4-percent completion progress of the MPP and the TSGP respectively was achieved by the end of March this year.

The new Malaysian government, which was formed in May, has already accused Razak of misappropriating funds of state-run strategic development company 1Malaysia Development Berhad (1MDB).