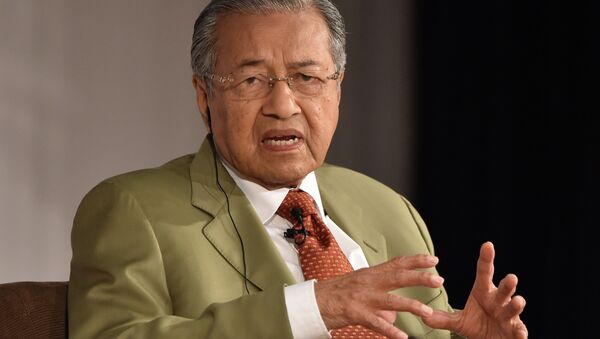 Former Malaysian Prime Minister Mahathir Mohamad has called on the country's Parliament to dismiss Najib Razak, who currently holds the post, amid allegations of corruption, according to Mahathir’s official blog.

"A vote of non-confidence is necessary now because Najib has made BN [the ruling Barisan Nasional coalition] members of parliament beholden to him by giving them lucrative posts in the government… [But a number of lawmakers] do not believe the nonsensical explanations about the disappearance of 1MDB money or the RM2.6 billion [$630 million] in Najib’s private account," Mahathir, prime minister between 1981 and 2003, wrote on Thursday in his official blog.