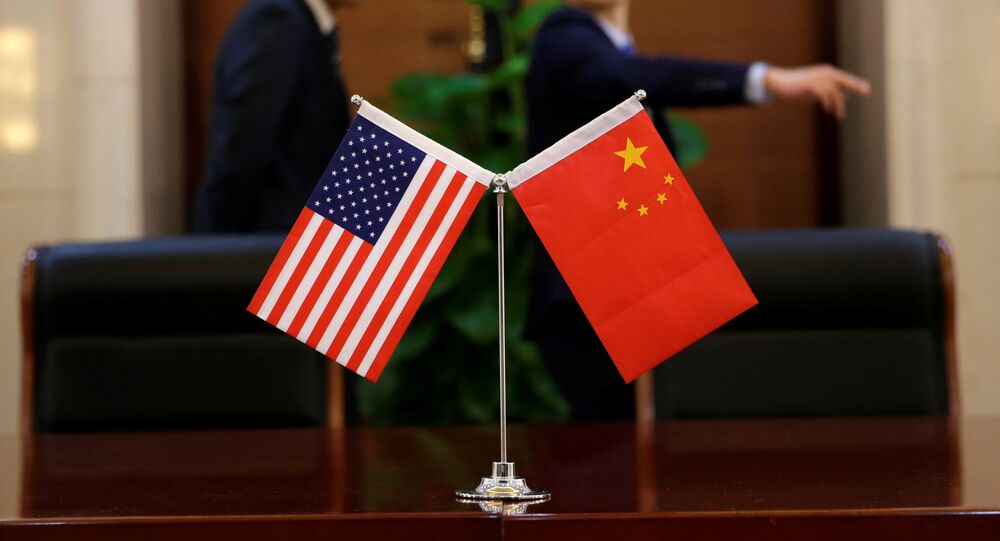 Images of a remotely piloted fighter jet designed by Chinese aircraft makers caused immediate paranoia on Tuesday at Business Insider, which dubbed the aircraft a “nightmare for the US.”

The US Navy initiated an unmanned combat aircraft program in the early 2000s, but it was eventually terminated. Northrop Grumman's X-47B aircraft demonstrator conducted flight tests in 2013 from an aircraft carrier, but the Navy decided to develop a drone to perform aerial refueling missions for carrier operations instead. That program, now known as the MQ-25A Stingray, aims to put drone tankers onto carriers by the mid-2020s.

In addition to its speed, Dark Sword could give China an edge by relieving Beijing from having to train so many pilots, Bronk said, especially if the fighter-style drones can be mass produced. Large numbers of Dark Swords could "at the very least soak up missiles from US fighters," he said. "If you can produce lots of them, quantity has a quality of its own."

"At the very best," the supersonic plane would become a viable fighter aircraft in its own right, Bronk noted, in which case the US could be confronting a massive force of remotely piloted supersonic aircraft that might even exhibit greater maneuverability than manned adversaries since there is no pilot physically inside the plane whose vitals must be protected, BI reports. Piloted aircraft are limited in their maneuverability by g-forces exerted on the pilots inside, as too sharp a turn can force blood out of the pilot's head and cause loss of consciousness.

​Nevertheless, the expert said that since "we only see what the Chinese want us to see," the plane's specifications on paper don't imply its actual fighting capabilities.