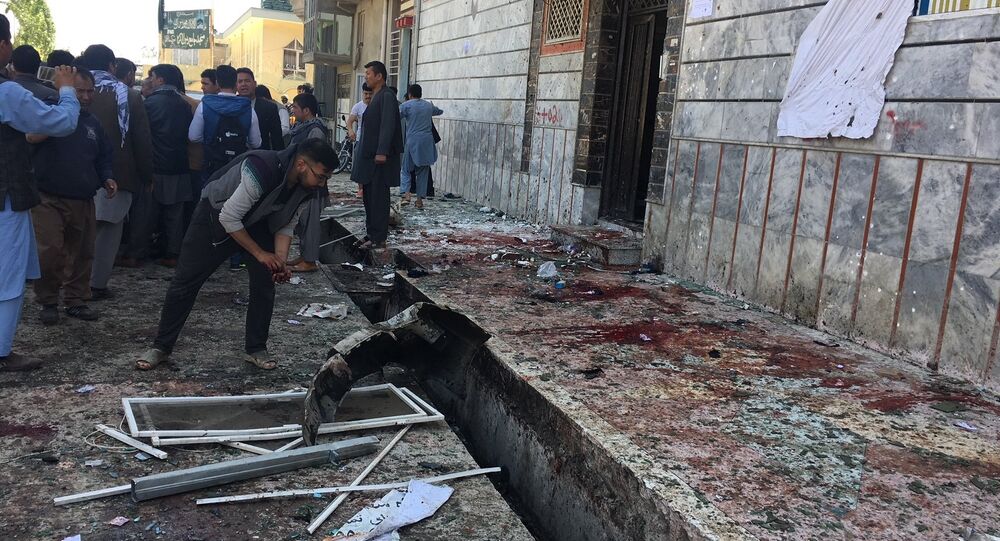 According to the police, a large blast has occurred near the top religious body, the Afghan Ulema Council. The security official said that a suicide bomber had activated an explosive device, as the clerics were leaving the gathering in the west of Kabul.

The number of victims has later increased to 14, with 17 more injured, according to the Tolo News broadcaster.

"Our initial information shows that the suicide attack took place when guests were exiting the hall" where the meeting was taking place at around 11:30 a.m. (7:00 GMT)," police spokesman Hashmat Stanikzai told TOLO.

Earlier in the day, the Council, which is comprised of around 2,000 members from around the country, issued a fatwa, banning suicide attacks as forbidden by Islamic law. The clerics also appealed to the government and its adversaries, primarily — the Taliban movement, calling for a cease-fire and peace negotiations.

No group has immediately claimed responsibility for the attack.

Afghanistan is in a state of political and social turmoil, with government forces fighting the continuing Taliban insurgency and other radical group acting in the country.

'Afghans Dying Every Day': Politicians Slam Security Treaty With US