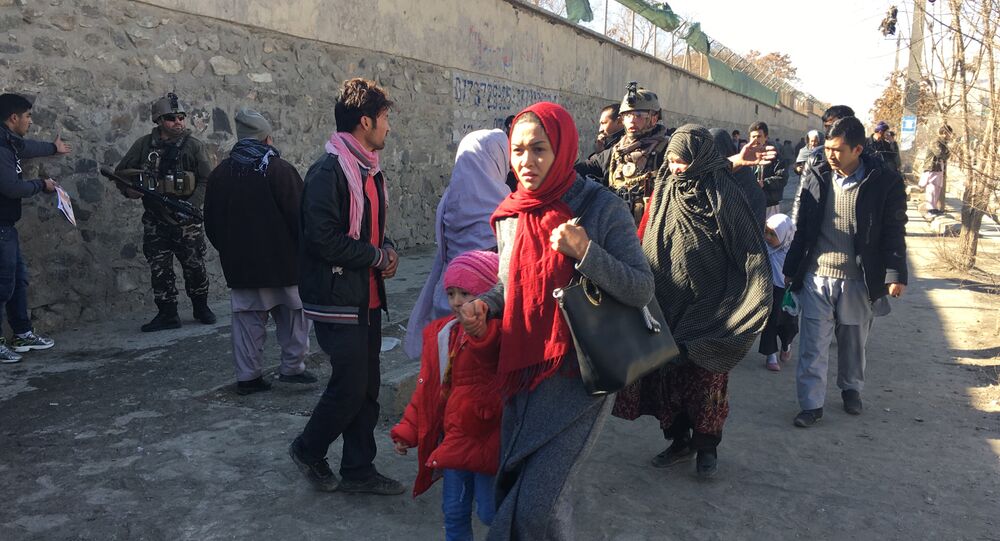 "One driver and two archaeologists were wounded and other one was killed," Mohmand stated, as quoted by the TOLOnews broadcaster.

According to the spokesman, the blast took place in the eastern part of the city at about 7:00 a.m. local time (02:30 GMT), when the group of three archaeologists was on its way to Logar province.

According to the TV channel, no terror group has claimed responsibility for the attack yet.

1 killed (gov't employee) and 3 wounded in a blast on the Vehicle of Ministry of Information and culture in #Kabul #Afghanistan pic.twitter.com/YxvZOf8Ogf

​Afghanistan is in a state of political and social turmoil, with government forces fighting the continuing Taliban insurgency. Other extremist groups, such as the Daesh* terrorist group, have also expanded their activities both in the country and neighboring states.

At Least 48 People Killed, 112 Injured in Explosion in Kabul - Reports