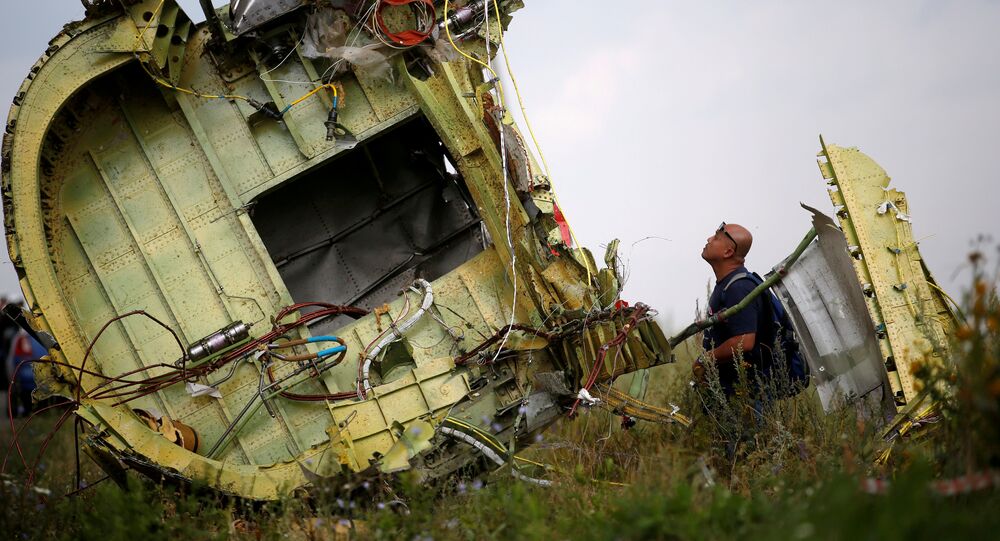 Malaysian transport minister Anthony Loke said in an interview on Wednesday that there was no conclusive evidence to point at Russia in relation to the 2014 crash of the Malaysia Airlines flight MH17.

"There is no conclusive evidence to point at Russia under the JIT evidence," Malaysian transport minister Anthony Loke told Channel NewsAsia in an interview on Wednesday.

Previously, the Dutch-led Joint Investigation Team (JIT) said it had concluded that the missile that downed MH17 was launched by a Buk missile system that allegedly had belonged to the Russian Armed Forces. The same day, Australia and the Netherlands, whose citizens were also onboard the plane, said they considered Russia responsible for the downing of aircraft.

"But who's responsible — you can't just pinpoint at Russia," Malaysian transport minister said, when asked about the findings.

© REUTERS / Francois Lenoir
It Was 'Certainly' Not Russian Missile That Downed MH17 - Putin
"Of course we have to take into consideration diplomatic relations," the minister said, adding that "any further actions will be based on conclusive evidence".

Russian Foreign Ministry responded to the JIT announcement by saying that accusations of Russia's involvement in the MH17 tragedy were unfounded and that the investigation was one-sided. Later, Foreign Minister Sergei Lavrov stated that Russia has repeatedly provided international investigators with documentary evidence regarding the crash of MH17 in Ukraine, but they have been ignored.

Malaysian Airlines’ flight MH17 Boeing 777 crashed on July 17, 2014, near Donetsk en route from Amsterdam to Kuala Lumpur. All 283 passengers and 15 crew onboard were killed in the crash.