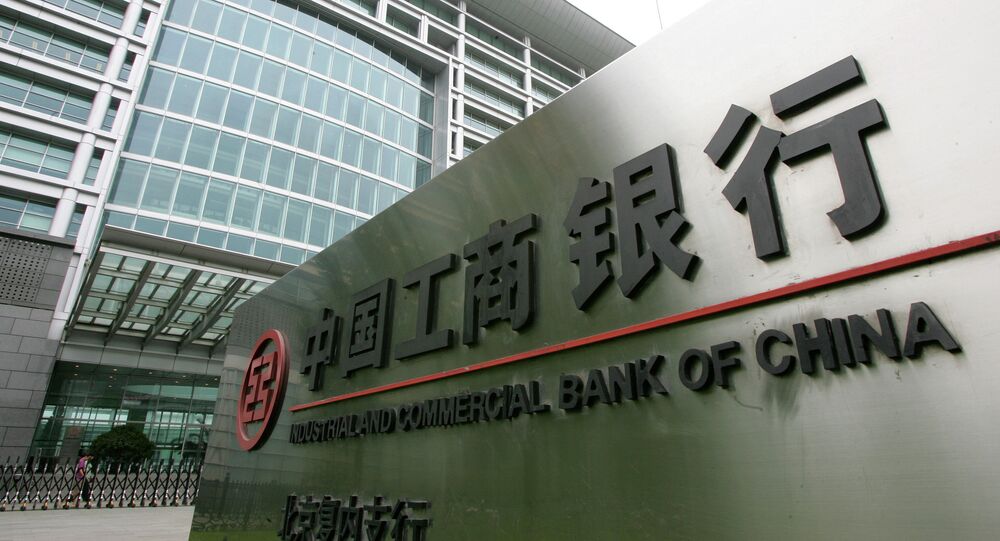 China's largest bank announces its first publicly offered fund for investing in India. An Indian business leader says financial cooperation between New Delhi and Beijing has the potential to replace the western US-led hegemony on the investment market.

New Delhi (Sputnik) – The Industrial and Commercial Bank of China (ICBC) has launched an India-focused public offer for investment. The fund will be directed towards the Indian market and is a reflection of the new Indo-Chinese focal point of global growth, according to the Indian government insiders.

The fund which is named the ICBC Credit Suisse India Market Fund will invest in exchange-traded funds listed on more than 20 exchanges in Europe and the US that are based on the Indian market, the Press Trust of India (PTI) reported on Monday.

"It will invest in the future of the Indian economy and track the distribution of the industrial structure across the Indian market," Liu Weilin, a fund manager with ICBC Credit Suisse Asset Management Company wrote in an article in the Global Times.

© AFP 2020 / Brendan SMIALOWSKI
India Sets Tone for Discussion on American Protectionism Ahead of Xi-Modi Meet
Specifically, in terms of the major industries' weighted distribution of the index, the financial sector will account for the highest proportion, followed by information technology, alternative consumption, energy, essential consumption, raw materials, medicine, healthcare and other industries.

Evidently, the launch of the dedicated India fund by China's largest bank was preceded by many of the Chinese tech companies investing in and acquiring start-ups in India. The aggressive acquisition streak of Indian start-ups was led by Chinese giants Alibaba and Tencent.

The development comes soon after the announcement by the Chinese Commerce Ministry in April that by the end of 2017 Chinese investments in India totaled more than $8 billion.

An Indian politician in the know of the economic trend says that the increasing interest by Chinese investors is reflective of increasing Indian economic muscle and the recognition of the need for more cooperation between India and China as an alternative to the western market.

"The news of the India fund is on expected grounds. India and China are a combination which has the potential to replace the western US-led hegemony in the investment market. Indian economy is reflecting a lot of optimism and Chinese investors are moving in to take advantage of the opportunity. This investment will in turn speed up the Indian growth. It's a win-win situation for India and China," a leader of India's ruling Bharatiya Janata Party (BJP) informally told Sputnik.

India's finance ministry is yet to come up with an official reaction to the development.