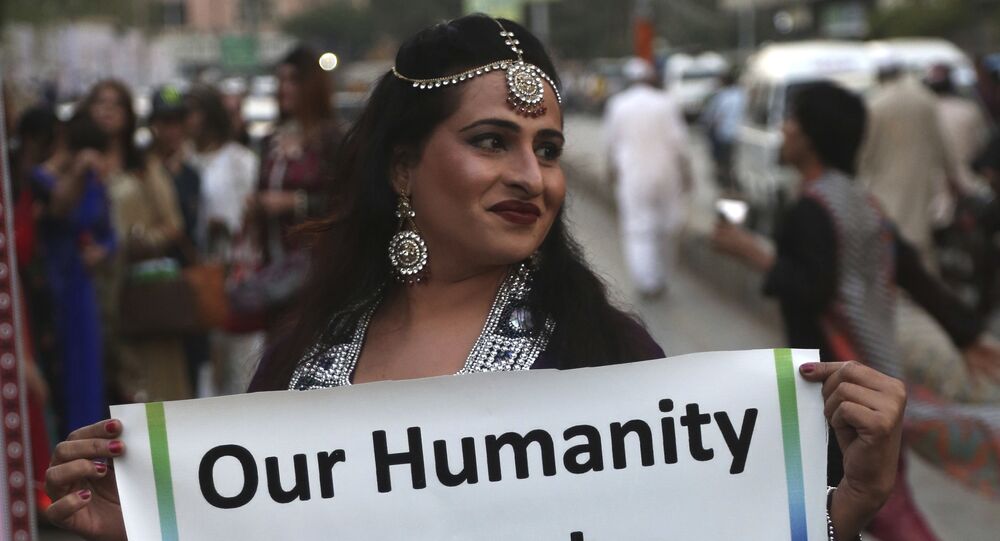 Transgender people routinely face severe discrimination in Pakistan. Many are struggling to find jobs and have been attacked, murdered and raped.

The Transgender Persons (Protection of Rights) act was passed by a majority in the National Assembly in Islamabad.

As the law has been passed by the National Assembly, it now needs to be signed into law by the country's president, Mamnoon Hussain.

The law, which is unprecedented in its scope to protect the sexual minority in Pakistan, also supports the provision of safe houses for transgender people, as well as providing medical care and psychological counseling.

The protections that the bill provides also include the permission to obtain a driver’s license and passport, it allows transgender people to buy, sell or rent property, equal rights to inheritance of property, the right to vote in elections.

​The government has also promised to ensure equal employment opportunities. In addition, a penalty of 50,000 rupees ($432) will be issued to people who force transgender persons to beg.

© CC0
Social Media Claps for Pakistan's First Transgender TV News Anchor
It is estimated that there are at least half a million transgender people among Pakistan’s population of 207 million.

Transgender activists have been excited and happy with this new law, calling it a collective approach of people who have worked so hard to create awareness of the important issues that the transgender community faces on daily basis.

​Marvia Malik, Pakistan's first transgender news anchor and activist said that transgender people “are forced to dance and beg because they have no other means to make ends meet. When they are shunned by families, they have nowhere else to go. My trans friends who have masters degrees don't have jobs which is why they end up on streets or become sex workers. This is why I want to push for a law so a transgender, if disowned, can make a living out of the share in property."

Another activist, Mehlab Jameel, from the NGO Naz Pakistan, told Images they were "still in a state of disbelief." They noted the alliance of groups and organizations that contributed to the bill and made their victory possible.