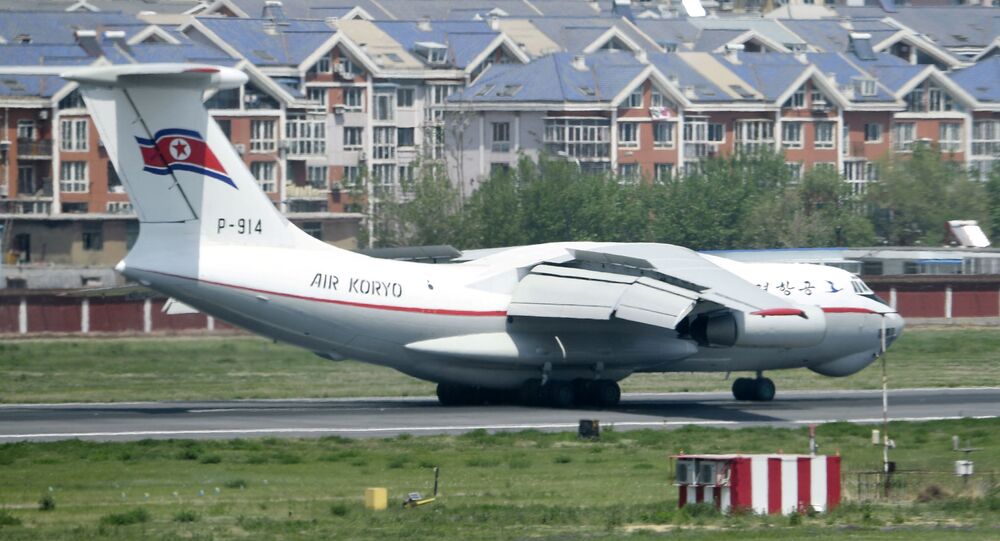 Earlier in the day, the Kyodo news agency reported that a plane from North Korean airline Air Koryo landed at the airport in the Chinese city of Dalian.

"After my first meeting with the chairman [Kim Jong Un], I'm very glad to see positive progress in both bilateral relations and the situation on the Korean Peninsula…. Developing the traditional friendship between China and North Korea is a common treasure of both nations. Improving friendship and cooperation between the two nations is a position both sides hold firmly and is the only correct choice. High-level exchanges between both sides carry important effects that are irreplaceable. Both sides need to maintain regular exchanges, boost strategic communications and mutual trust, and defend our common interests," Xi said as quoted by the news agency.

On March 25-28, Kim paid an unofficial visit to China, where he held meetings with the Chinese president amid an international effort to denuclearize the Korean Peninsula. This was Kim's first ever international visit since coming to power in 2011.