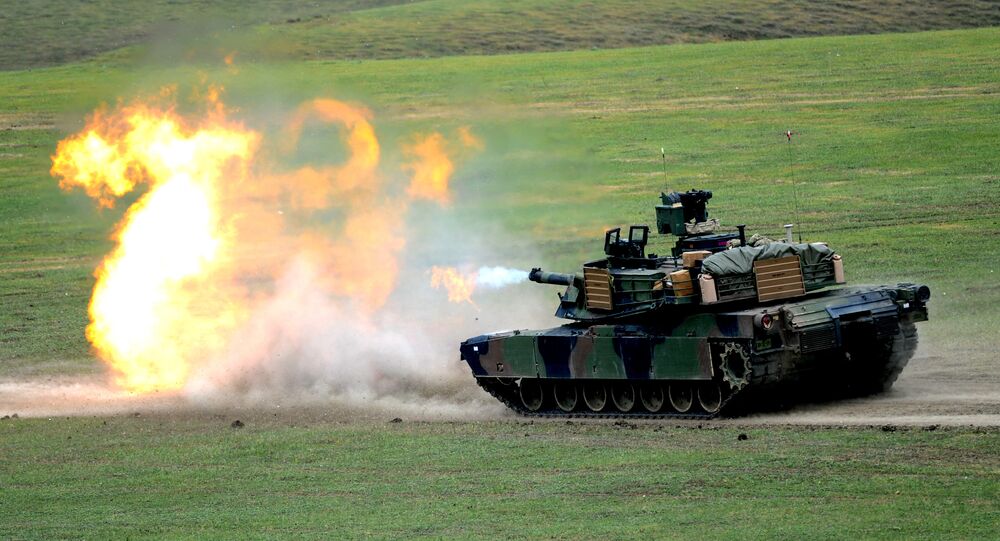 The head of Taiwan’s Defense Ministry told lawmakers on Monday that US M1A2 Abrams tanks will be required to defend the island in the event of a conflict with China.

"The Taiwan Strait is very likely to replace the Korean Peninsula as the hottest flashpoint in the region," National Defense Minister Yen Teh-fa said at a panel.

The M1A2 Abrams tanks are said to be high on the Taiwanese Defense Ministry's wish list as a line of last defense in a conflict with mainland China, the South China Morning Post reported Monday.

The M1A2 Abrams is among the most technologically advanced tanks in the world, ranked third-best by Military Today. No Chinese tank appears on their Top 10 list.

"In response to the changing situation, Taiwan's military has also increased its combat readiness," Yen said.

Last month, Taipei announced plans for greater defense spending in 2018 as tensions with Beijing have increased since Taiwanese President Tsai Ing-wen took office in 2016 and refused to ratify the 1992 consensus acknowledging the two countries as "one China." Beijing has since voiced fears that this may lead to a declaration of independence by the autonomous island.

Kim and US President Donald Trump are expected to hold their own summit in the coming weeks, with Trump expected to pursue a deal to completely remove nuclear warheads from the country.