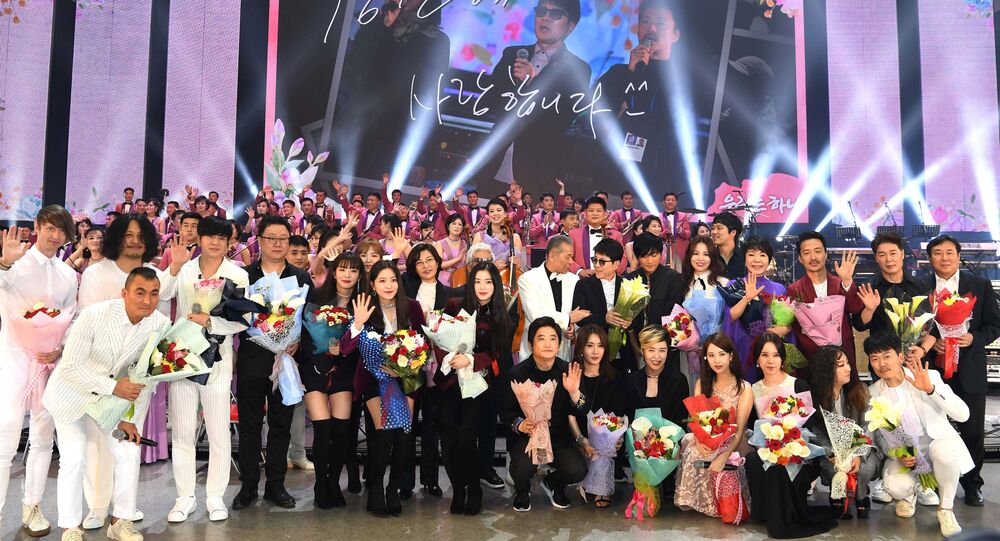 TOKYO (Sputnik) - Musicians from North and South Korea performed together in Pyongyang on Tuesday, with many high-level officials from the North in attendance, local media reported.

Ri Son Gwon, the chairman of North Korea’s Committee for the Peaceful Reunification of the Country, and Pak Chun Nam, the North's minister for culture, came to the concert, according to Yonhap news agency.

For the finale, the musicians from both countries sang "Our Wish is Reunification."

The concert, titled “We are One,” featured mainly South Korean songs, with Seohyun and a North Korea’s Choe Hyo Sung serving as emcees pic.twitter.com/IylvmdoRHu

The performance was the first of its kind since 2002, and began at 1500 local time at the Ryugyong Jong Ju Yong Gymnasium. pic.twitter.com/HQC1l4vrge

​This is the first time pop stars from South Korea have performed in the North since 2005, and marks a general detente in the bilateral relations. South Korean President Moon Jae-in, who came to power last May, has been urging for a decrease in bilateral tensions over the North's nuclear program and the South's joint military drills with the United States.

The shows came after Pyongyang in the PyeongChang Winter Olympics in South Korea earlier this year, following a thaw between the two Asian nations.