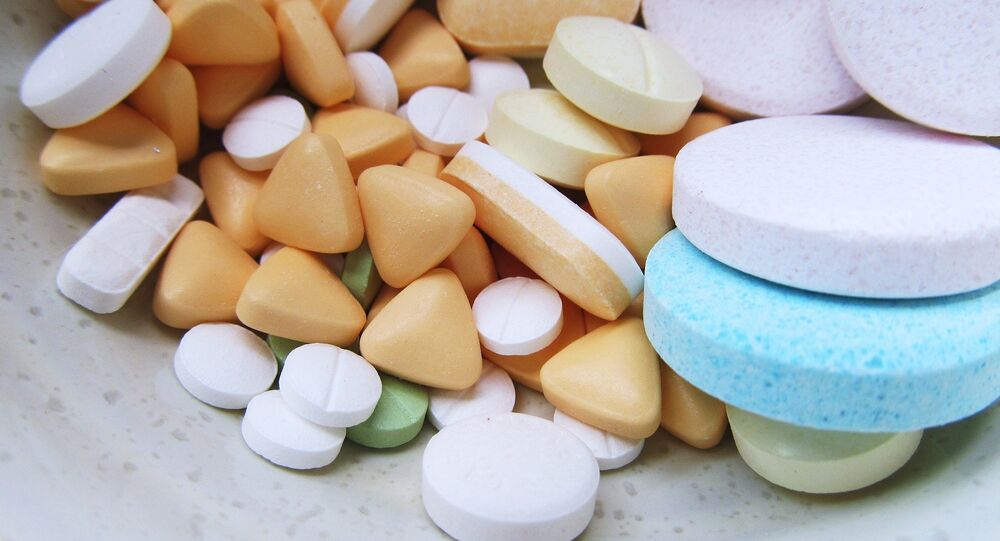 A search of public judgments from Chinese courts showed that, in the past decade, there were up to 1,000 cases involving the manufacturing and selling of fake sex drugs around the country.

Most of the cases occurred in Zhejiang and Guangdong provinces. Some of the drugs were sold internationally to the US as well as countries in Africa and the Middle East.

Making and selling fake sex drugs is a lucrative business. A report by Hunan Metropolis Daily revealed that the cost to manufacture one box of fake sex drug is as low as 1.7 yuan ($0.27), yet they are retailed for dozen and even hundreds of yuan.

Aphrodisiacs are in high demand in China, as the number of Chinese men with erectile dysfunction has surged in recent years.

Wen Deyuan, a sexologist and president of Hunan Institute of Sexual Health, told Hunan Metropolis Daily that "over 60 percent of Chinese men aged between 40 and 70 have erectile dysfunction. It has become one of the major health issues of Chinese men."

But many men do not feel comfortable sharing these problems with doctors. A 2014 research showed that only 35 percent of these men will go to the hospital. About 47 percent think it is a minor problem that does not need treatment, or they will just go to a local pharmacy for some over-the-counter drugs.

"There are so many people with erectile dysfunction that we don't have to worry about sales," one counterfeiter told Hunan Metropolis Daily.

© CC0
Switch From Sleeping Pills to Making Love: Sex Before Bedtime Can Cure Insomnia
A report by Alibaba, which analyzed shopping data on Taobao and Tmall, showed that Chinese men aged 50 to 59 are the major consumers of products advertised to be able to "strengthen one's kidney" and "boost one's yang," a euphemisms for sex pills. In terms of origin, men from Guangdong, Jiangsu, Zhejiang and Shandong provinces are the biggest consumers of these pills.

China Food and Drug Administration in 2016 issued notices that warn consumers against fake sex pills and called for severe punishment and criminal charges on companies that were exposed to have added sildenafil in their dietary supplements.

According to Chinese law, producing drugs that contain sildenafil citrate requires approval from the authorities. So far, over 20 listed pharmaceutical firms in China have applied for the production of Viagra-like drugs, but only several have acquired approval to produce the drugs.

In January 2018, police in Shaoxing, Zhejiang Province, stormed a local counterfeiting gang and found five cartons of fake sex drugs. Investigations showed that they had sold over 1 million yuan's worth of fake drugs in just two months. The drugs, proclaiming to contain only traditional Chinese herbs, all contained sildenafil citrate.

© AFP 2021 / TED ALJIBE
War on Drugs: US A-10 Destroys Taliban Narcotics Labs (VIDEO)
Most fake sex drugs are manufactured in underground labs in uncontrolled conditions, often by mixing corn starch with sildenafil powder in a concrete mixer. Compared with the contents, a lot of effort and cost are put into packaging designs and advertisements.

The amount of sildenafil in fake drugs is often unclear and untested. A package of "Mighty Black King Kong," for example, claims that each tablet contains 9,800 mg of sildenafil, while "Golden Maka" and "Ant Power God" claim they contain 9,900 mg, nearly 100 times the maximum recommended dosage of sildenafil.

"It's like eating sex pills as if it's your staple food," Xin Weimian (pseudonym), a fighter of counterfeit drugs, told Beijing-based Business Daily.

Some fake packaging states that people with high blood pressure, cardio diseases or diabetes can take the drug without a problem. But in reality, people who take blood pressure pills should not take any medicine containing sildenafil, which can lead to critically low blood pressure levels.

One gang of counterfeiters from Hunan Province, in order to ensure their pills are safe and effective, went as far as asking the producers of the drug to test it themselves with prostitutes. They reimbursed the producers the cost of this request.

"Our employees are initially happy to do drug tests [with prostitutes], but after a few days of this they feel tired and quit. I rotated three batches of workers to determine the best ratio of corn starch and sildenafil powder, which should be 1 to 1.5," the counterfeiter from Hunan Province told investigators, according to Hunan Metropolis Daily.

Without quality control, the effects of these drugs are often unpredictable. In one case in Hunan, the uneven mixture of sildenafil citrate and corn starch by the producers resulted in the fact that the same drugs by the same counterfeiter had enormously different effects. Some who took the drug said they felt nothing, but some suffered severe side effects.

Even if the drugs' dosage of sildenafil citrate is within the recommended range, experts say counterfeit drugs often lack other components which allow active ingredients to have the same effects and duration.

Xin said some sildenafil citrate pills are imported from India and intended only for veterinary use, but repackaged in China to cater to humans.

As the internet becomes the world's dispensary of medicine and pharmaceuticals, sex pills are also being trafficked out of China, reaching clients worldwide.

In 2015, a man surnamed Chen, who counterfeited sex drugs in a rented house in Zhengzhou, Henan Province, sold 108 million yuan worth of drugs through instant messaging platforms including QQ, WeChat and Momo to clients nationwide.

In July of 2014, over 1.8 million fake sex pills were intercepted at a port in Yiwu, Zhejiang Province, while on their way to being shipped abroad. The order was placed by an Egyptian businessman named Mohammed and a Chinese accomplice surnamed Zhang from a fake drug lab in Guangzhou, Guangdong Province.

© Photo : Kate Moyles
Fail: Aphrodisiac Perfumes Don’t Attract Sexual Partners
With the internet, it is also quite easy for counterfeiters to obtain sildenafil citrate and other raw materials to make the pills themselves.

Advertisement for sildenafil citrate can be found online through a simple search on websites like baidu.com. Most are sold for 450 to 500 yuan per kilogram. A reporter from Business Daily contacted some sellers who in turn asked the reporter to provide a copy of his business license and to print out his company's stamp, which they called "a formality."

After the reporter provided this evidence, he was immediately sold the medication.

China Sentences Over 84,000 Criminals in 2014 Government’s War on Drugs

Some 10% of drugs consumed in Russia come from China - official