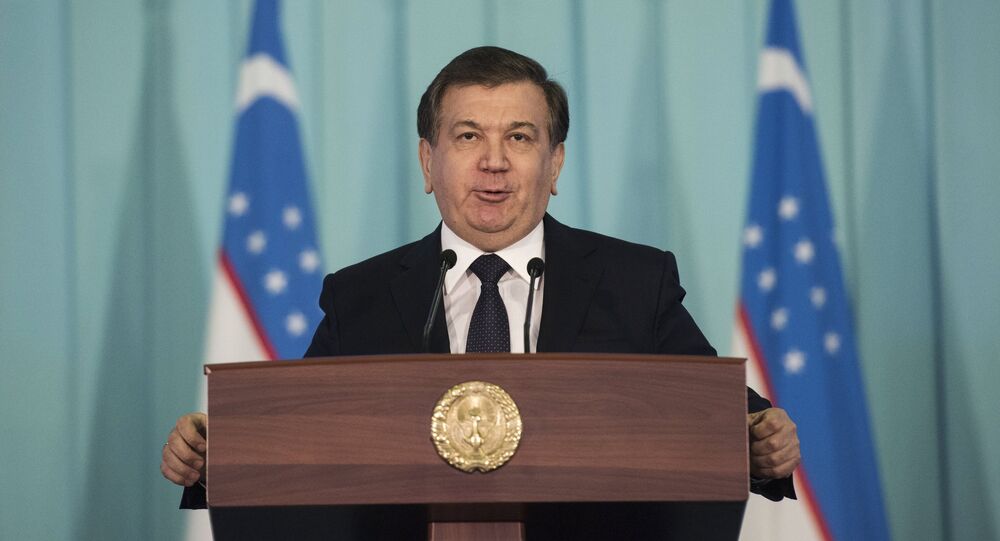 Uzbek President Shavkat Mirziyoyev is to make his first visit to Tajikistan on March 9 to 10, where he is expected to work to restore relations between the two countries, which have been on the upswing in recent years but were once deeply embittered.

After the dissolution of the Soviet Union, Uzbekistan would involve itself in the then-raging Tajikistani Civil War, which eventually stalemated in 1997. Relations then collapsed over the sticking point of land ownership along the almost 1,000-mile border between the two nations. Uzbekistan lined much of the border with mines in the early 2000s, and several sections of it still remain under dispute.

The situation was severe enough that anonymous Western analysts told the New York Times that the situation amounted to an "undeclared cold war" in mid-2008.

But that has begun to change since Mirziyoyev took office. He replaced Islam Karimov, Uzbekistan's first post-independence president, who ruled the country with an iron hand from 1991 until his death in September 2016.

Since taking power in Tashkent in December 2016, Mirziyoyev has positioned himself as a reformer — including improving Uzbekistan's frosty relations with its neighbors. He has visited Kyrgyzstan once, Turkmenistan thrice, and Kazakhstan four times in just over a year in office.

Karimov traveled to Dushanbe only twice in his quarter-century-long presidency: once in 2008 and once in 2014, both times as part of Shanghai Cooperation Organization (SCO) multinational summits. No such qualification is attached to Mirziyoyev's visit, making it a historic moment in the two countries' relations.

From 2010 until 2017, only two of the 16 checkpoints that allowed crossing between the two countries were open. On Thursday, Tashkent announced that they would reopen nine additional checkpoints, christening the event with a celebration rife with food and music.

Tashkent further resumed direct flights to Tajikistan for the first time since 1992. Uzbekistan may also abolish a toll on freight trucks and buses from Tajikistan entering the country, according to Asia Plus. They previously abolished a similar fee on rail freight.

Another sign of the thawing cold war is a local media report that Tajikistan will be entering the Uzbek energy market. "Tajikistan may start supplying electricity to a neighboring country at any time, but the restoration of 60 km of power lines connecting southern Uzbekistan with Tajikistan and the implementation of the relay protection and automation project in Tursunzade have not yet been completed, but work in this direction is accelerating," an anonymous source told Azer News.

The slowly warming relationship between the once-bitter rivals has reaped financial dividends: the trade balance between the two nations in 2017 was $236.8 million, more than 20 percent higher than it was the year prior.

EU to Finance Construction of 7th Bridge on Tajik-Afghan Border

Tajikistan Gets Almost $1Mln Worth of Humanitarian Aid From Kazakhstan – Embassy