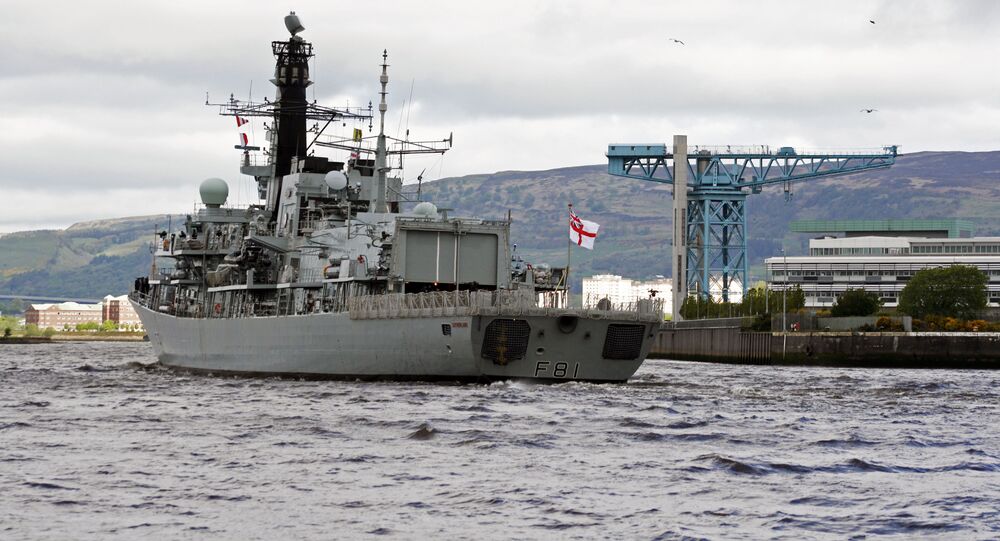 The South China Sea is a hotspot in the Southeast Asia region with a number of countries, China being the most persuasive, claiming their rights over its waters.

UK Defense Minister Gavin Williamson announced that one of the country's frigates, the HMS Sutherland, would sail through the waters of the South China Sea to ensure the right of free passage.

The anti-submarine frigate HMS Sutherland is on a visit to Australia, beginning this week.

At the same time, Williamson didn't specify whether the frigate would sail near the China-controlled islands, a move usually practiced by the US that comes under criticism from Beijing.

READ MORE: How ASEAN May Deprive US of Its Arbiter Status in the South China Sea

© AP Photo / Xinhua, Wang Cunfu
Australia Receives Stinging Rebuke Over South China Sea Policy
The South China Sea, a strategically and economically key maritime region, is disputed between numerous countries in the region. Beijing has been pushing its claim on the area by constructing artificial islands around the disputed Spratly Island chain.

The US has been further escalating the situation by conducting patrolling and performing drills with its allies in the region. Washington claims that its actions are to ensure freedom of navigation, while Beijing calls the move a violation of its territorial sovereignty.